What is in a name, especially in a Tamil name, you may ask.

Alright, I have modified the famous quote of ‘rose is a rose is a rose’ by Gertrude Stein to suit my requirement. But, roses and names are not as simple as they are made out to be, or are they?

And this is the exact reason, why I feel that pronouncing Indian names properly and accurately by both Indians and foreigners alike, makes one ‘more Indian and human than you think’.

I’ve always had a ‘love-hate’ relationship with my handful of names. A handful, did I say? Yes, most of us Indians (especially the south Indians) born before the advent of numerous channels and the internet, had(have) at least three names —an official name (so-called original name), alias name, and a nick(pet) name. And I am no different.

How about the children who were born post the advent of the internet? Well, the parenting sites suggest names that are uncomplicated, simple, and ‘so-called’ quirky and modern. And the would-be parents lap it up!

The curious case of Tamil Names and its structure

I did, and still have a tough time explaining the nuances of South Indian naming pattern, especially of Tamizhians and their Tamil names to people, while I am travelling, and foreign clients when they ask me.

Whenever I do this, I feel like a taxonomist who deals with the classification of animals into species, genus et al.

It sounds strange to these friends that I do not have a surname and that many of us have our father’s or mother’s name as our initials (last name). They look baffled and start wearing an uncanny expression as if deciphering an alien language!

To avoid self-torture, I usually restrain from giving out my full name to foreign clients. I stick with just ‘Meenakshi / Meenu ’ 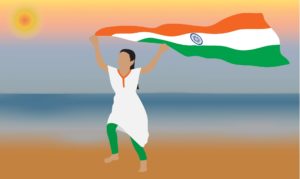 Did you know this about Tamil Names?

For people wondering who are Tamilians or Tamizhians – we belong to the south-Indian state of Tamil Nadu. Our state language is Tamil or Tamizh, and no, we are not affiliated to the LTTE.

Yes…I have been asked this innumerable times the moment people come to know that I am a Tamilian.A case of their grey matter gone to the gutter!

For readers with the same mysterious look on your face upon reading this — here is a formula to crack the mystery of Tamil names.

However, the first name can be the same as grandfather’s or grandmother’s name too.

Then the above formula will work only with the father’s name. O.K.,.I get your expression of ‘whatever!’ So, let us move on…

You better not mess with my Tamil Name

We Tamilians, especially gain our ‘moment of fame’ ( or cringe) when our full names are called out or when we introduce ourselves in front of an audience.

For example, I remember that as a child I used to cringe when someone called out my full name and asked ‘What do I call you? Meenakshi or Jayaraman’ and at that moment, I used to decide the amount of grey matter a person had!

Well, how else do I deal with a person who does not know the difference between feminine and masculine names being an Indian!

First and foremost, my Tamil name sounded old fashioned and I had many aunties and grannies by name ‘Meenakshi’ in our family. Do not fret, this is as normal as eating roti for breakfast, lunch, and dinner in north India and as casual as sipping champagne for water in Paris!

Secondly, the fact that every other girl in the town where I was born, ‘was’ and ‘is’ named ‘Meenakshi’. And why? Well, I was born in Madurai and the city is world-famous for the ‘Meenakshi temple’. Sigh!

A twist in the tale – Hail the Tamil names!

I guess it was during my stint in a Hyderabad MNC a decade back, that I actually started taking pride in my Tamil name and wanted to prove to others that pronouncing Indian especially south Indian names makes me conclude a person to be NOT intellectually challenged!

It was the year 2004 and we had just gone ops (operational) on the floor and were assigned our clients. I was into the technical team of a software giant and nervous to the bits. My first job.

For the first few days, we were using simple alias names and then had switched to our original names. This was a bit hard on the clients who could not pronounce our Indian names as they found it too complicated. They wanted us to shorten our names and made us take up shorter and easier names for them to pronounce easily.

That is when some of my friends and I felt that enough is enough, took the project head into confidence and approached higher authorities and made sure we could use our first names. I guess this was one instance where my friends and I took pride in we being Indians and did not shy away from proving to the world that we are not going to give in to the whims of the foreigners.

This was also the time I was reading Chinua Achebe’s ‘Things Fall Apart’. Taking a leaf out of this book, and inspired by the way the protagonist sacrifices his life to save the identity of his race and land, I  sort of made sure to upkeep my identity by not letting my full name be hijacked and replaced by alien-sounding syllables. Too much na… 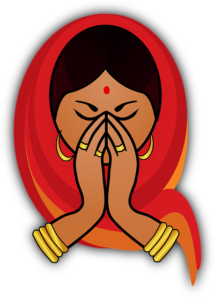 When the same foreign clients came to visit India, the Indianness in me made sure to accord them a Swagatham/warm welcome and make them feel at home in a diverse culture like India.

I guess it is the concept and belief of ‘Athithi Devo Bhava’, that has been inculcated in us since our childhood and all through time immemorial in through cultural upbringing, that, we Indians open our hearts and home to every visitor and overwhelm them with love and affection!

Ironically, this also is the reason why so many foreigners have invaded India since time immemorial to establish their empires in this wonderful country of ours.

My actions and reactions, all my endeavours to prove that I am more Indian than others think, have been different and varied according to the age and the phase of my life. I am sure it is the same as most of us, isn’t it?

My Tamil name – my identity

I know that I may not react now in the same way now, as I used to if someone asks me to shorten my name, but still, I am a little touchy when it comes to pronouncing my name.

Like me, my son too does not like his name and wants to change it to ‘Ronaldo/Hazard’, though his first name is shorter at least by two letters than mine!

But, I am sure he will realize soon as his mother did, and take pride in his Sanskrit name and Tamil surname.