A compilation of ‘5 must-visit places in Madhya Pradesh’ was pretty difficult than I imagined. Considered the ‘Heart of India’ and one of the ancient regions of the sub-continent, Madhya Pradesh has a plethora of must-visit destinations for both solo and family travellers.

Steeped deep in culture, history and wildlife, it could come as a surprise to know that the Indian state of Madhya Pradesh also is host to the country’s first and only water carnival- the Jal Mahotsav.

I had travelled across Madhya Pradesh for a few months many years back, however, the state at large had always eluded me; until recently, when I had the privilege to be hosted by the Madhya Pradesh Tourism on a trip to some of these culturally and architecturally rich places.

One aspect of the state that has stood out for me during my recent travels, is the sense of cleanliness among people here, especially in the city of Indore, and their hospitality. I consider Indore one of the top-cities in Madhya Pradesh.

Khajuraho, Gwalior and Kanha might strike a chord with people not much familiar with the state. However, there is much more to explore and experience across the heart of India.

So, here are 5 must-visit places in Madhya Pradesh with a bit of focus on history, things to do, how to reach and where to stay. Hope this helps you in planning your next trip to this wonderful state in India. 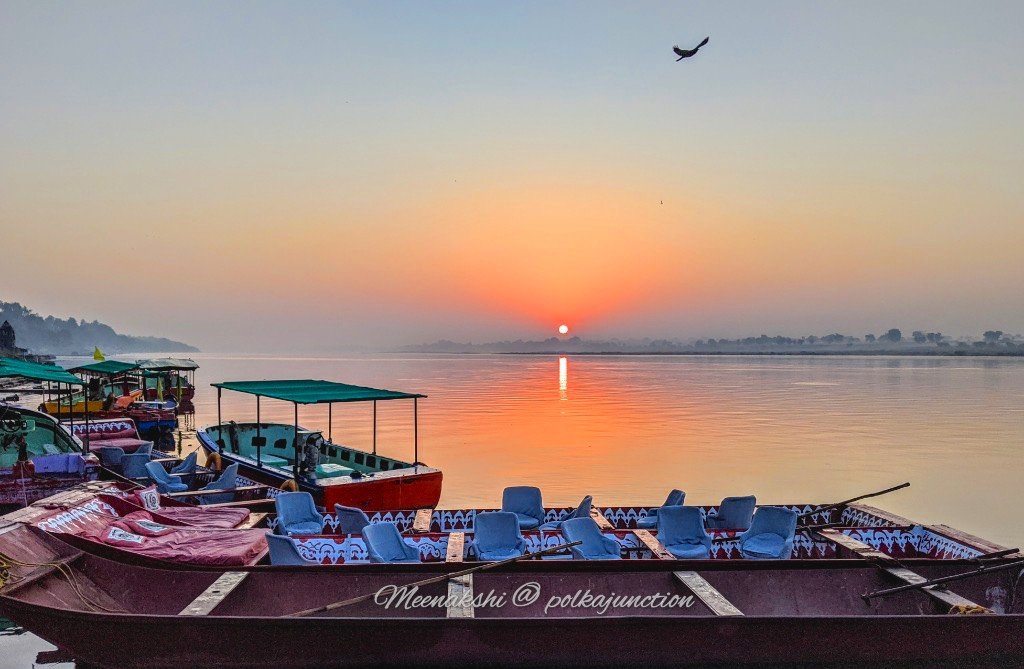 This list of must-visit places in Madhya Pradesh is especially for culture, heritage, food and adventure enthusiasts.

Indore: Tops my list of cities to visit in Madhya Pradesh

Located in the Malwa region surrounded by the Vindhyas, the city of Indore gets its name from Hindu God Indra, who is the presiding deity of the Indreshwar Mahadev temple and at one time had performed penance here. In the medieval centuries, Indore acted as a trading hub between either side of the Vindhyas, connecting Delhi to Deccan. From 17th century onwards it came under the rule of the Marathas, who appointed the Holkars to hold power in the region until Ahilyabai Holkar moved the capital to Maheshwar.

Popular for its ubiquitous Poha and namkeen(savouries), Indore is supposedly the most populous and largest city of Madhya Pradesh and an emerging educational hub of India. Crowned the ‘cleanest city in India’ four times in a row, and a well-deserved one at that, Indore is also the commercial capital of Madhya Pradesh.

With vibrant street art and eclectic temples like Kanch mandir, Annapurna mandir, Khajrana temple and Bada Ganpati mandir; a rich repository of antiques and sculptures at its Central museum and Lalbagh Palace; and a gastronomical feast awaiting inside the alleyways of the Sarafa Bazar and Chappan Dukan, Indore is a must-visit family destination.

How to reach Indore

By Rail: Well connected to all major Indian cities.

We stayed at Effotel, a 4-star hotel, on our recent trip to Indore. The restaurant here dishes out amazing food, and, the rooms are quite comfortable and compact! Of course, there are innumerable stay options across the city for all price ranges.

Once the capital of the glorious Holkar dynasty under the aegis of the saintly Ahilyabai Holkar, Maheshwar town oozes with an old-world charm. A town popular for its handloom sarees brought to life due to the efforts of the saintly Queen and the Holkars at large, it also takes pride in its pristine ghats along the banks of the revered Narmada river.

A simple Rajgaddi with a life-statue of Ahilya Bai adorns the Rajwada complex, while, the massive Maheshwar fort is rich with sculptures and carvings, and, stands perched majestically on a hill overlooking the Narmada. Some historians believe that the fort was constructed by the Parmars, while others think that a local ruler by the name Subandhu constructed the fort. However, it is indisputable that Queen Ahilyabai Holkar reconstructed a large portion of the fort as we see it now.

Do not miss to indulge in a boat ride along the river to catch a glimpse of the sunrise and sunsets.

How to reach Maheswar

By Air: The nearest airport is at Indore (91km)

By Road: Regular government-run buses are available from  Barwaha, Khandwa, Dhar and Dhamnod.

Narmada Retreat overlooking the river Narmada has the best rooms in the town and also dishes out lip-smacking cuisine.

These steps of the ghats have been many a filmmakers’ muse. The beautifully carved jharokhas, the perfectly chiselled sculptures and the glossy moss-filled walls have served as props to the cinematic frames, all the while enhancing the beauty of the characters. . I’ve been on a trail of the legendary film-maker ManiRatnam’s film locales for a while now. The Maheshwar fort in this pic is one such! . Guess the movies shot here! #filmquiz #quiz . #travelgrams #traveltheworld #travelphotography #fort #architectures #architecturephotography #architecturelovers #archilovers #architecture #heartofindia #mptourism #maheshwar #heritage #incredibleindia #filmlocation #maniratnam @madrastalkies #tamilmovie #heritage #agameoftones #teampixel #pixel3a

Situated on the banks of the westward flowing river Narmada, holiest of the five; 78 km away from the cleanest city in India, Indore, Omkareshwar is a sacred town in the Khandwa district of Madhya Pradesh. Home to the Shri Omkar Mandhata temple that encloses one of the 12 jyotirlinga, this small town with innumerable temples, an old yet majestic palace surrounded by lofty hills and a cantilever type bridge reverberates with divinity and humanity all around the year.

A must-visit temple, the Shri Omkar Mandatha is a five-storeyed modern complex with stairs and columns, while the main tower is built in the Nagara style north-Indian architecture with spires. Adorned with granite pillars and sculptures, the interiors of the temple ooze of old-world charm. Nearby is the Mamaleswar temple complex that in itself is beautiful and spotless with small shrines dedicated to various gods and goddesses, adorned with carvings and sculptures. It is on the mainland, unlike the Shri Omkar Mandatha temple reaching which requires a walk across the bridge or a small ferry ride.

You may want to read more about Omkareshwar in my write-up ‘The sanctified island rock of Lord Shiva at Omkareshwar‘ for the Hindustan Times.

How to reach Omkareshwar

By Air: The nearest airport is Indore(77km).

By Rail: The nearest railway station is Omkareshwar Road (12 km)

By Road: Well connected by bus services from Indore, Khandwa and Omkareshwar road.

Perched along the Vindhyas, looking out at the Malwa Plateau is the fort-capital of the yesteryear Parmar rulers of Malwa. While in the 13-century it came under the Sultans and then subsequently under the Mughals when it was converted to a pleasure resort.

The architectural structures and monuments in Mandu could be grouped under three categories for our convenience – The Central Group consisting of the Royal Palace, Rewa Kund Group and Other Monuments. While the famed Jahaz Mahal and Hindola Mahal falls in the first category, the mystic Roopmati Pavilion and Rewa Kund fall in the Rewa Kund category. The Hoshang Shah’s tomb is India’s first marble edifice and is of Afghan architecture. This later inspired the designing of the Taj Mahal!

Mandu is a treat to heritage and architecture enthusiasts, while its manicured lawns, quirky step-wells, and mysteries surrounding the stones and structures, makes it a perfect destination for a family day-trip from Indore.

How to reach Mandu

By Air: Mandu is just 98 km from the nearest airport at Indore, which is well connected with major cities like Delhi, Mumbai, Hyderabad and others.

By Rail: The nearest railhead is at Indore.

Where to stay in Mandu

Host to India’s first and only water carnival – Jal Mahotsav, on the banks of a catchment backwater of Narmada owing to the Indira Sagar Dam, Hanuwantiya campsite in Khandwa district is a wonderful endeavour of MP tourism. Already home to an MP Tourism resort, the adjoining Hanuwantiya tent city is a perfect family destination to indulge in adventure and water sports, apart from cultural activities and island hopping.

With 104 luxurious Swiss tents, a multi-cuisine dining hall and a conference hall, the Hanuwantiya tent city is a self-sustainable model of tourism providing recreation to tourists as well as a livelihood to the local people of the Madhya Dweep islands. While here during the Jal Mahotsav, you may want to indulge in Hot Air Ballooning, Water Parasailing, Para Motoring, Overnight Camping and other adventure activities. The festival also offers island hopping, cruises and village visits. It definitely should be on your list of must-visit places in Madhya Pradesh.

By Air: Indore Airport is the nearest to the Madhya Dweep group of islands that houses the Hanuwantiya Tent city.

By Rail: At 50km away, Khandwa has the nearest railway station.

By Road: Buses from Indore, Bhopal and Khandwa ply till Mundi village post, from where taxis are available for hire.

Where to stay in Hanuwantiya

Hanuwantiya tent city is the best place to stay in. Also, you may opt for the MPT Hanuwantiya Resort that has non-tent accommodations.

Hope you plan to visit these beautiful must-visit places on your next trip to Madhya Pradesh. Look out for detailed posts on each of these destinations in the coming weeks. Until then, stay safe. Ciao! 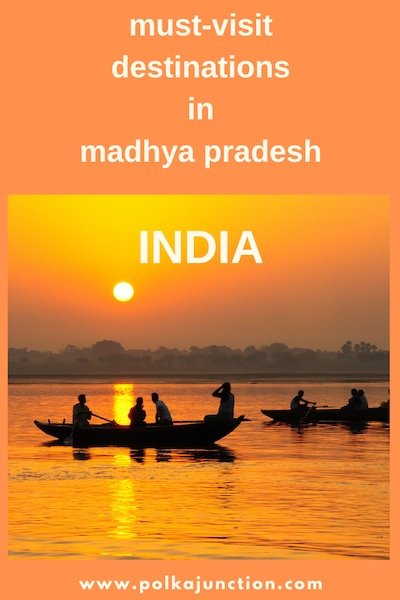 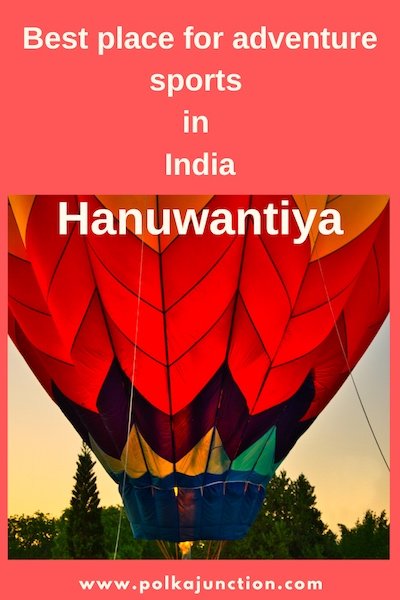 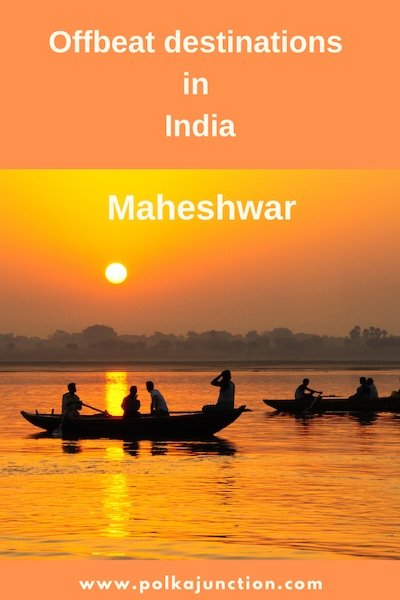 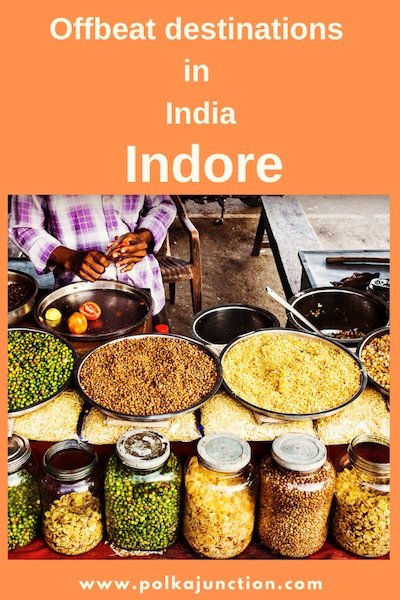