One day, by chance, I was reading an article on Dogra culture and Dogra history, and coincidentally, an invite popped in my mailbox to attend the Jammu Mahotsav 2019. And, I wondered what witnessing this off-beat event would be like.

Although I was interested in exploring the Dogra culture and its rich history in the Jammu region, I had never heard about this Jammu Mahotsav (festival) before, nor had I seen any wide-spread social media campaign for the same.

So, I was extremely apprehensive about this trip to Jammu. The only aspect of it that lured me was the chance to be up close with the Dogra culture!

Additional Reading
Dogra cuisine has some delectable sweets. I have written and compiled about traditional Dogra sweets of Khajoor and Khurma in our collection of traditional Indian sweets and desserts.

Travellers and tourists including me, have always been aware of the famous Tulip festival of Srinagar and the Naropa festival of the Ladakh region but not of Jammu Mahotsav.

Also, many of us always associate Jammu as a gateway to the revered Vaishno Devi temple that is fondly cradled by the snow-capped Trikuta hills and nothing beyond that.

So, come with me as I give you a glimpse of the Jammu region, the Dogra culture and more.

Note
I was invited by the Jammu Tourism Directorate on a sponsored trip, to attend the Jammu Mahotsav. However, the views expressed in this article are my own.

A brief history of Jammu and Kashmir

Jammu and Kashmir is an ancient region of India whose history is old as 5000 years. Unfortunately, this sacred state of India has been in the news since a couple of decades for its conflict, owing to the accession struggle waged by the neighbouring countries of Pakistan and China.

There are legends of yore, associating the place with Sage Kashyap. References to Kashmir are found in ‘Rajatarangini’ written by Kalhana in the 12th century, who has also mentioned about the ancient land of Trigart in the same text of his.

Kashmir literally translates to the land desiccated from water: “ka” (the water) and shimeera (to desiccate). Ancient texts say that Kashmir was originally a lake that was drained by the great saint of ancient India, Kashyap. The place was part of Mauryan Ashoka’s empire who is also credited with the foundation of the city of Srinagar around the year 250 BC.

Comparatively, Jammu city’s recorded history is very much contemporary and is just around 1000-year-old!

The legend of Jammu goes that a chieftain Jambu-lochan who had already conquered nearby kingdom went out hunting one day accompanied by his officials, and crossing the River Tawi saw in the jungle a deer and a tiger drinking at the same pond.

Surprised, he enquired about this strange occurrence that seemed to defy nature’s food chain. And was told that the soil and region is a virtuous one that knows no enmity and follows camaraderie even among animals.

The Raja, therefore, came to the conclusion that this was just the kind of site he was in search of and founded a new town, calling it Jambupura.

Post this, the city of Jammu was ruled by various dynasties including the brave Sikhs and the Dogras.

Additional Reading
The Jammu region has many hidden gems to be seen and explored. I have written about these places of interest in and around Jammu, as part of my write-up for Architectural Digest.

Jammu Mahotsav — A paean to the rich Dogra culture, heritage and arts

As a tribute and revival of Dogra traditions and the rich multifarious local culture of the state of Jammu and Kashmir, the festival of Jammu Mahotsav was inaugurated on the 8th February 2019 with much fanfare.

To reach a wider audience of tourists, local people and travellers, the events of Jammu Mahotsav were organized at various prominent point-of-attractions in and around the Jammu city.

Bagh-e-Bahu witnessed a heavy influx of locals and tourists who were smitten by the cultural programmes put up by the Jakson Institute of Cultural Society Jammu that was followed by Kashmiri dance number.

While, stalls selling handicrafts and handloom, horticultural items, agro products and ethnic food were the main attractions at this garden adjoining the Bahu fort.

The cultural performances displaying rich Dogra cultural heritage were also performed at Mansar Lake where a large number of locals and school children enjoyed the events.

The cultural show at Jammu Mahotsav

The colourful cultural performances depicted the culture of different regions of the state of Jammu and Kashmir like Dogri, Kashmiri and Ladakhi.

However, the highlight of the 3-day-fest was the live performances of Sharry Mann and Aabha Hanjura apart from the local cultural performances.

The audience was thrilled by the Laser Show based on Jammu Tourism and patriotic song and danced on the songs of the celebrity singer Abha Hanjura.

The topping on the cake was the laser show showcasing the tourism potential of the Jammu region that stole the heart of all us. It was mesmerizing, captivating, as well as, triggered the patriotism in all. Just wow!

Jammu’s potential as a tourism destination

As part of the bloggers’ team covering the Jammu Mahotsav 2019, we also got an opportunity to visit the unexplored destinations in and around the city of Jammu.

These trips were indeed a revelation about the true potentiality of Jammu as a tourist destination that has abundant nature trails, heritage areas, old temples and crumbling yet majestic forts to attract travellers and tourists.

A trip to Gharana wetlands of Jammu

A trip to the Gharana wetlands brought us face-to-face with the rustic village life at the borders, the unpredictability of the enemy on the other side, where ironically, the migratory birds flew from one side of the border to the other unhindered, while, the man-made boundaries confined humans to their territories.

Soaking in the beauty of Basohli

A day trip to Basohli made us explore the hidden gems of this beautiful place nestled among the Pir Panjals and Dhauladhars.

It was a pleasure soaking in the serene landscapes of Purthu Beach, walking back into history as we paved our way through the corridors of Mubarak Mandi and the private rooms of the Amar Mahal Palace and reminiscing the rich past of the Dogra clan while ebbing through the bushes at the Basohli fort and facing the majestic facade of the crumbling fort.

Additional Reading
Basohli is an extremely beautiful and historical place with a fascinating past. Read my write-up about Basohli and what to see in Basohli for The Hindu

My thoughts on Jammu Mahotsav

As with every new venture that goes through the initial teething problems, Jammu Mahotsav too has had its share of ups and downs in its handful years of existence, owing to the fragile nature of the political conditions in Jammu and Kashmir state.

As I type this, ironically, the development in this region has been pushed back again by decades due to the recent Pulwama attacks, wherein terrorists supported by the separatists and Pakistan, cowardly attacked a CRPF convoy and where every day, Pakistan is targeting civilians and the Indian defence forces.

In such an atmosphere of volatility, it is indeed a commendable effort on the part of the authorities and event organizers to come up with a great event that pushes for peace and boosts tourism in the Jammu region.

While I wondered why instead of projecting the Dogra culture at large, the directorate had invited Punjabi singers for the 2nd and 3rd day of events- the sparsely spread crowd under heavy security sort of answered my doubts.

Only by inviting a Sharry Mann, could today’s youth in the Jammu region be lured to attend these events and interspersing the itinerary with local folk dances and songs would definitely serve the purpose of exposing today’s generation to a vibrant past. Else, our ethnic culture may silently disappear into oblivion.

How many of us have actually associated with travel to Jammu and Kashmir as an exploration of the Jammu region? Not even a handful, I am sure!

Exposing the rich Dogra culture of the region to its visitors, as well as celebrating the multi-ethnic region of Jammu and Kashmir by making people explore the hidden gems of the Jammu region at large, is exactly what the Directorate of Jammu tourism wanted to achieve. And, I am glad they are taking baby steps towards this goal.

As our return flight to Delhi took off and we glanced the vibrant Jammu region from above,  I realized that there is more to the beautiful Indian state of Jammu and Kashmir beyond the realms of Kashmir and Ladakh that is yet to be explored and unravelled.

Hope you liked reading my experience of attending the Jammu Mahotsav. Let me know your thoughts on attending such cultural fests and also if you have visited Jammu, do share your experience. 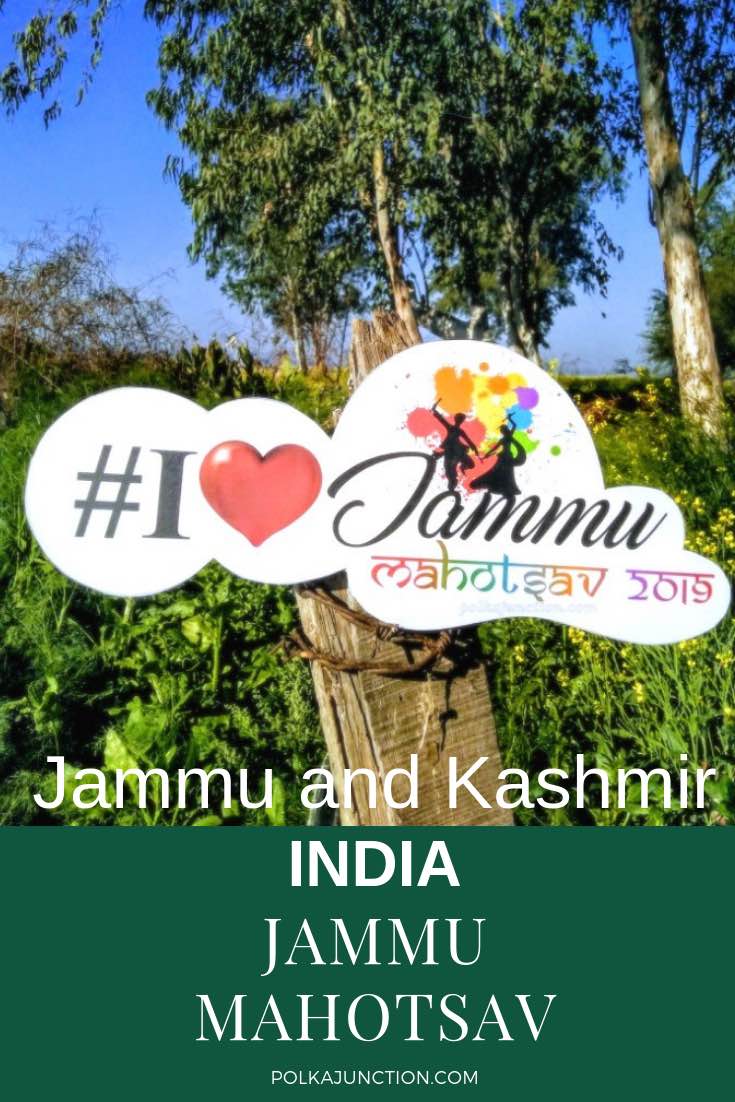 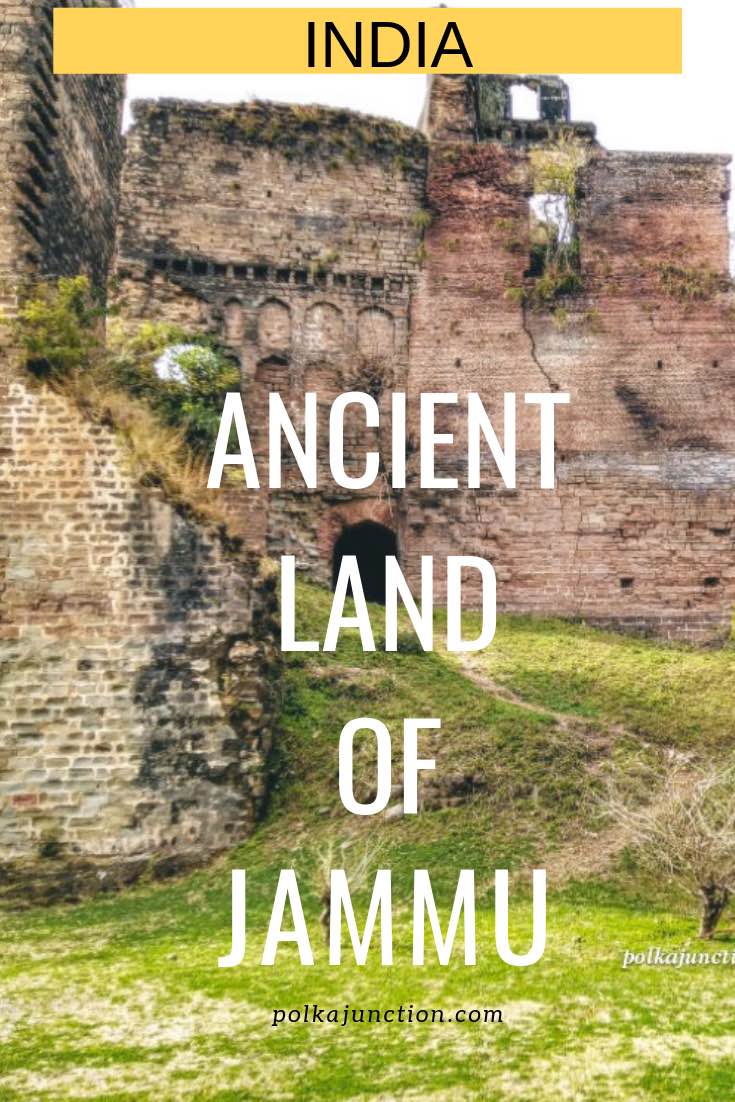 25 thoughts on “Jammu Mahotsav – A paean to the rich culture, heritage and art of Jammu region”