‘Should we book tickets for Mani Ratnam’s Chekka Chivantha Vaanam?’, I asked The Hubby, anticipating a by-default ‘lacklustre response in a non-affirmative tone’. You must be rolling your eyes questioning my judgemental view of the better-half. But who better to know than me about The Hubby who hates watching movies in the theatre!

That he would pay heed to my question and straightaway book seats is what caught me off-guard. Oh yeah, we are like the very cliche combo of ‘Chalk and Cheese’ as any other couple and sometimes he too can surprise me when it is a Mani Ratnam movie.

For the uninitiated, Mani Ratnam is one of the acclaimed mastercraftsmen director-writer of Indian Cinema. Ask any South-Indian movie buff who critically appreciates and idolises movies at the same time- to name their favourite director and the answer hands-down would be ‘Mani Ratnam’.To tell that he has been enthralling the audience for the last 30 years would be an understatement. Rather, he has been making us fall in love with the process and nuances of making, presenting and (indirectly) interpreting movies. It would not be wrong to conclude that his movies are proudly deconstructed to the last detail by all the professional and self-proclaimed film critics (includes me too). I wonder how many directors are there in India who can boast of this achievement 😀

Watching and analysing Mani Ratnam movie is like applying Derrida’s deconstruction theory on literary works. And, yes, almost all his movies are like a literary piece waiting to be explored and interpreted in our own. 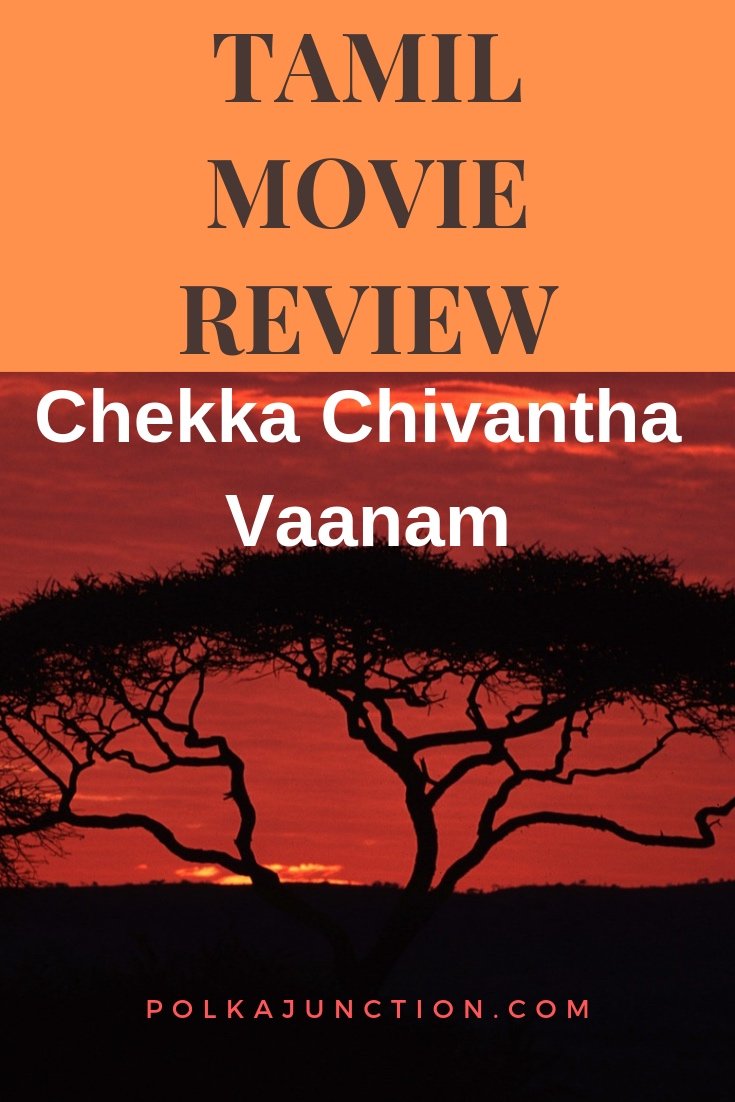 The recent Tamizh release of ManiRatnam’s Chekka Chivantha Vaanam(translates to ‘A crimson red sky’) has created quite a ripple and the usual divide between the moviegoers, which is no surprise when it comes to his movies. Some find his movies too sober, too predictable while others like me dwell in the nuances of the screenplay, the costumes, the sets, the cinematography et al of all his movies.

I find almost every movie of his worthy of a re-watch. I have watched Naayagan, Mouna Raagam and  Dil Se umpteen times that I have lost count. So, have I not liked any of his movies ever? Well, of course, I have disliked his Raavan and Kaadhal Kanmani and did not feel like watching Kadal. I just could not connect myself at some levels with these movies. I guess, this in itself calls for a re-watch of these movies.

Did I like his newest offing? Yes, and that is the reason why I am compelled to write this post as the movie is being bashed unnecessarily by a section of movie-goers.. I thought of putting my thoughts in an FB post but then switched to a full-fledged blog post!

So, like many of Mani Ratnam movies, this movie too has inspirations from epics and novels, one may conclude. Not surprising since Chekka Chivantha Vaanam is widely believed to be based on Ponniyin Selvan. Maybe, yes…but then why not? I mean, the latter has elements of a family drama mired in action, deceit, romance et al and makes for a perfect silver screen version. It is not pretentious nor fantastical yet has got a surreal feel to it. Instead, the monologues and conversations dwell into the inner psyches and ulterior motives of family members and society in general and the often mismatched actions in place. I would say CCV is realism at its best!

For me, it is another story of survival and battle of succession that’s been given a different treatment.

The film does not open proclaiming Sethupati (Prakash Raj’s character) as a messiah. Instead, it declares that he is a rogue, a Casanova and not an ideal family man. Still, his wife puts up with him and so does Chitra (Jyotika) as Varadhan’s wife (Arvind Swamy) and of course, the journalist character of Aditi Rao. Well, they are all strong in their own resolve and do not succumb to the confines and rules of the society.

Someone from the audience at the theatre prompted, ‘How did such a well-read person like a journalist fall for a gangster?’ and I just chuckled recollecting all the famous journalists and so-called ‘well-read’ people who are married to the various politicians who are no less than gangsters! Again, it is all about perception and projection of an image.

On one hand, the situations in the story make us believe that these are not strong women characters. But on another tangent, this is how one may act in such situations and in all practicality. Chitra has grown up in the same household in which bloodshed, adultery and crime is taken for granted. She is sure to have seen her aunt putting up with her uncle’s flings silently. Her father is shown to be loyal to her uncle or is it otherwise! If this is her world, then how is she expected to break out in a fit of anger upon finding her husband in another woman’s home. It would have looked far from realism!

Maybe, she accepted it as the done thing or maybe she had confronted him once before but without a favourable result or maybe, she wanted to ruin the family as they did to her family. After all, Varadhan confesses that he hatched the plan of killing his father but executed it with the help of her father!

The predictable message of the story is that evil begets evil and ultimately truth triumphs. I find the story a bundle of contradictions like our very lives. What is right for us may be wrong for others and vice versa. I may merely present facts in a conversation but it may seem like an act of backbiting for someone else.

If presenting facts is hypocrisy, then, how do we define honesty?

The notable aspect of the characterization in Chekka Chivanatha Vaanam is that each one is being a mere human and not glorified versions. Every character, of course, has grey shades but just differs in their amplification. It assures that all of us humans are vulnerable and are bound to vagaries as time goes. Good triumphs over evil ultimately but then on the flip-side how good is good when deceiving a beloved friend! Each of the characters is complex with various layers and I would like to negate people who think otherwise. Even, Rasool’s character(Vijay Sethupathy) is a complex one and does not seem straight more than once in the movie. I especially loved the characterization of Simbu. He looked effortless in portraying a son longing for his mother’s undivided attention and love! Just when you blame the dysfunctional family and family values for the happenings of the story, you are made to take back your words after watching the climax. Rasool too comes from a dysfunctional family, isn’t it?

The movie is indeed open to many interpretations and could be bracketed between the infinite ‘Ifs and Buts’ that fuels our imagination.

Thanks to the wonderful BGM and songs of ARR, the movie keeps the audience on the edge of their seats for the most part of its show time. Gangster movies are notorious for cringe-worthy song and dance that look out of sync often. But not in Chekka Chivantha Vaanam. The protagonists or do I term the antagonists… never ever break into a dance or two, thankfully!

If the BGM aids to keep the tempo of the screenplay, the songs help in highlighting the scenes, actions and assist in taking the story forward. However, I could never pay heed to the lyrics of the songs as the happenings on the screen overpowered my auricular functions!

I loved the subtle humour induced into the everyday conversations among family members in the movie. The casual banters and slapstick humour makes even a dark movie like Chekka Chevantha Vaanam look peppy. The comic timings of the characters were bang-on and in sync with the storyline. The scene where Arvind Swamy unnerves Simbu at the airport is laughable and in good humour but then by the end of the movie, I wondered if he meant ‘Don’t play with me. I can make you laugh to death’!! Kudos to the writers here (Mani Ratnam and Siva Ananth) as I think it is quite difficult to induce humour in a gangster movie without it looking weird and awkward!

Every actor who has worked in the movie from the supporting cast to the main actors has done their job splendidly. The audience may not remember any of the characters once out of the cinemas and rightfully so, because none of them is a saint nor their actions are good enough to be remembered and mimicked in our daily life. However, what remains and would be etched in our memories would be how these actors lived those characters in all earnest. And, that my friends are the strengths of Mani Ratnam’s direction and screenplay which is crisp, unflowery and unpretentious.

Chekka Chivantha Vaanam brings out the best of acting from the huge canvas of actors who have worked on this movie. Their screen space may be limited but then each one leaves an impression on the minds of the viewers for times to come, all thanks to the wonderful screenplay and bang on editing. The usual staples of a Mani Ratnam movies are all in place in Chekka Chivantha Vaanam too- from splendid locales to aesthetically pleasing homes to realistic costumes. However, I still wish the second half could have been a bit more focused.

Indulge in Chekka Chivantha Vaanam if you are looking for an action-packed movie which is devoid of pretentious emotions and the characters are the real flawed humans, like you and me. The only difference being that the onscreen characters may be at the extreme end of the yardstick!

Pin it for later read! 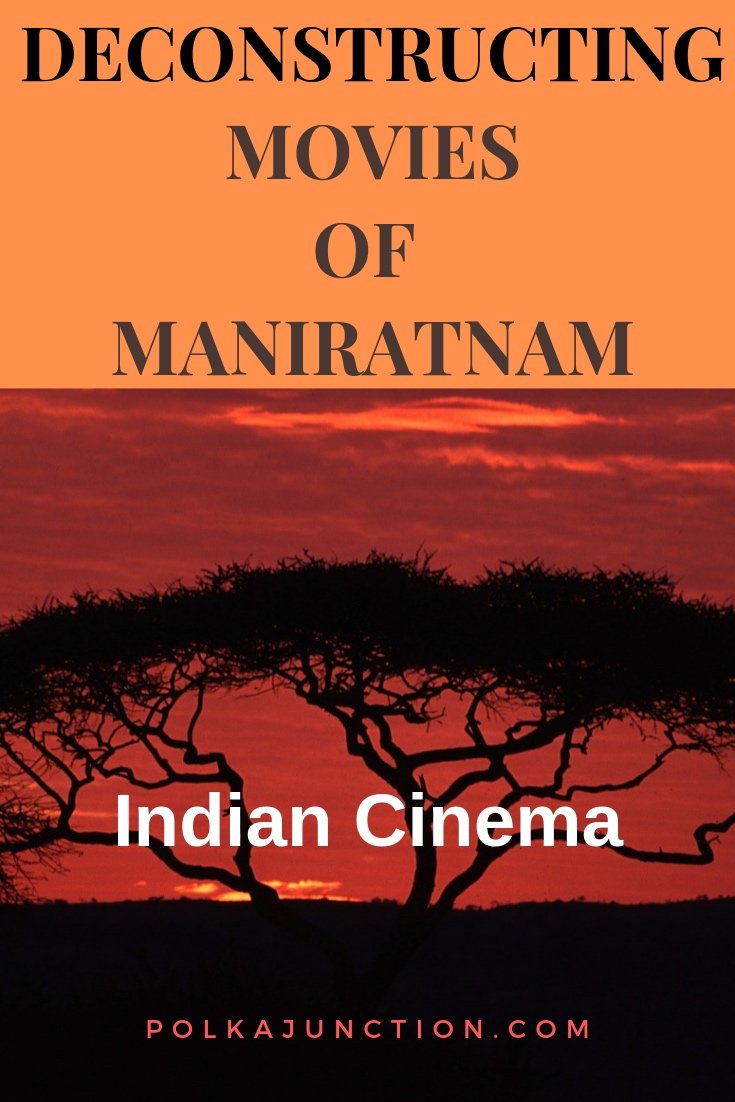