My last read of Rubina Ramesh’s writing was ‘Knitted Tales’. It was a thriller that I completely loved reading.

I opted to go with a romantic novel like ‘Destined’ after long, just to experience the genre of romance through the words of Rubina. So, here is an honest review of Destined.

Note :
Disclaimer: I received a free digital copy of the book ‘Destined’ from the author Rubina Ramesh, in return for my honest review. I have NOT received any monetary compensation for the same. 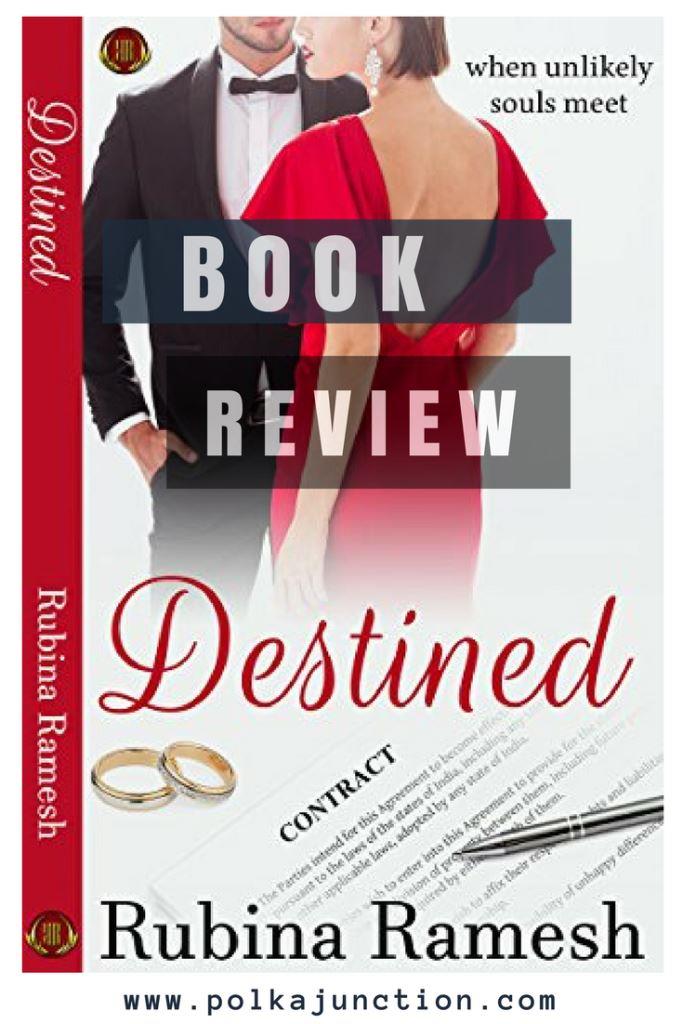 A review of Destined

Let me start this book review of Destined by giving you a glimpse of the blurb.

Browse through the blurb of Destined

Esha Mehra could have taken care of her father, only if she had some support from her fiancé. But he had his priorities set and her sick father was nothing but a burden. Esha didn’t have any other choice but to apply for a loan from her office. But she had not banked on the fact that the Head of Geno Technologies needed her for other reasons.

When Rohan Sharma saw Esha for the first time, he felt she was the one. He had no intention of falling in love with her for the pain of the past was still too much to bear. But he did need Esha as a decoy to his plan. But Esha was not a damsel in distress who would bend to his will easily. While he was sure that he would marry her only for six months, he still couldn’t understand why he felt a searing jealousy every time, her ex-fiancé Ayush’s name was mentioned.

While these two souls had other plans in their lives, Destiny conspires to bring them together. But will the stench of Death let them live their lives?

A peek into the storyline of Destined

The protagonist, Esha, has a turbulent and difficult childhood in spite of having loving parents. This because, her growing up years get consumed in taking care of her ailing mother who’s in and out of the hospital, while her father had to run the house financially.

When her father gets diagnosed with a Stage 3 Cancer, Esha comes face to face with reality. A chance encounter with her Boss results in a drastic and unexpected change in the lives of all the characters in the story.

Destined by Rubina Ramesh is a romance. But then, what sets it apart from the other writings of the same genre is the treatment of the story and the role of the female protagonist, Esha.

Let us look into the characterisation in Destined

The story of Destined revolves majorly around Esha, Rohan, and Ayush. Though the protagonists remain Esha and Rohan, the characterisation of Ayush transforms quickly into being an antagonist.

Thankfully, the supporting characters are not just mere names in the story. Each one has a definite role, purpose, and helps the story to move forward.

There is a right balance of characterization in Destined, wherein Rohan comes across as the opposite of Ayush, Esha’s father is very much what Rohan’s dad isn’t- while Esha’s father does not re-marry post his wife’s death, Rohan’s dad does not think twice of hanging onto a lady of his son’s age.

Esha’s characterization is in contrast to Zaira’s…while both are in need of money for different reasons, one resolves to stick to her ethics while the other can resort to any means to be rich.

Also, as the story progresses one would realize that if not for the supporting characters, the story could have taken a different turn! This is where the story is so close to each of our lives.

The language and narrative style employed by Rubina Ramesh

The language employed by Rubina Ramesh in the book Destined — is simple, lucid, and interspersed with tongue in cheek humour.

Many lines in the book resonated with my perspective and opinion about our patriarchal society.

The book also made me emotional as I know the conflicting feelings one goes through when a parent is diagnosed with cancer.

A couple of lines that impacted me :

“Would you leave your mother if she had the same issues?” asks Esha to Ayush.

My take on Destined by Rubina Ramesh

I’d like to put forth that – yes, the story of contractual marriage has been dealt with onscreen before, the employer-employee romance has been covered umpteen times in various novels, and the coming of age of the protagonist has also been prodded upon. Yet, Destined by Rubina Ramesh carves a niche for itself.

I am surprised at the ease with which she switches between genres. 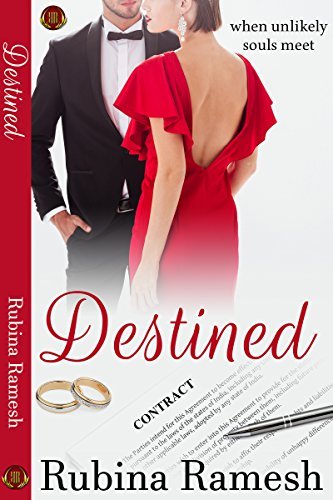 The book cover is splendid yet does not gel with the story (personally for me). Also, the editing could have been much better. However, ‘Destined’ struck a chord with me.

I would like to call this book a hybrid of women’s fiction and romantic fiction.

Why do I consider Destined as a women’s fiction novel?

Well, the story of Destined shows the growth of the female protagonist, Esha, and her relationships with Ayush and Rohan in a contemporary setting. As a woman, I was able to relate to this character’s decisions and her resolves in life.

The story very powerfully makes one understand what it is to be a woman through Esha, introspect the psyche when a woman is a lone child to take care of her family, her doubts on the role of women in society, and a woman’s constant struggle to juggle various roles in life.

Why is Destined partly a romantic fiction?

Even though there are various facets to the story, the brewing romance between Esha and Rohan is the central focus, and thankfully does not remain just that with unnecessary steamy scenes that make a reader like me cringe. The book goes beyond casual romantic encounters and focuses on the growing relationship between the protagonists.

We see Esha and Rohan come together in dealing with the illness of Esha’s father, in countering Ayush and his mother, or in quashing Zaira’s venomous attempts to create trouble.

Destined by Rubina Ramesh also takes the readers into a world of fantasy where certain scenes are hunky-dory and falls in place when Esha is in trouble and at the end when a reader reaches the last line of the book, he/she knows that it is happy and a contented ending. This may or may not happen in real life but fiction based on the genre of romance is all about that, isn’t it?

In conclusion, I’d like to confess that the book Destined by Rubina Ramesh is unputdownable and will have you engrossed for hours together.

It will make you mushy with its romance and not cringe; will make you stop and ponder about your surroundings and have a check on the relationships in life. And, finally, Destined will make you feel good and sensible about having opted to read the book this weekend !