Anuja Chauhan‘s previous works — The Zoya Factor and Those Pricey Thakur Girls, have been chart-busters for quite some time. However, my bad, that I never managed to finish any of those books, barring ‘The House That BJ Built’. And, here is the book review for the same.

Note
Anuja Chauhan’s The House That BJ Built was sent by the publishers in exchange for my honest review. 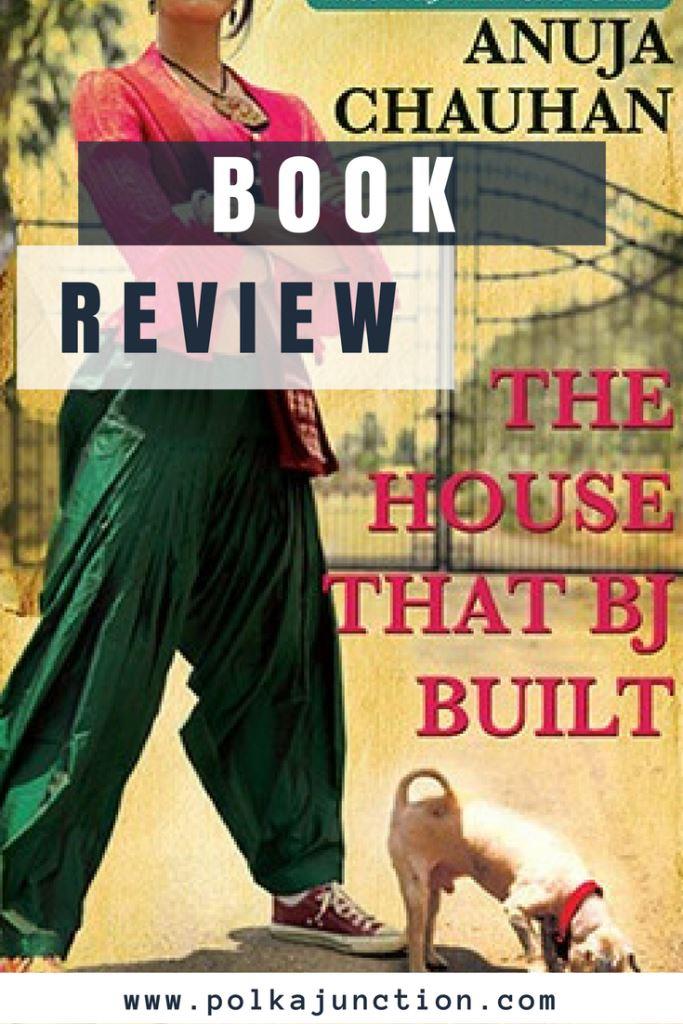 Let me first give you the blurb of the book, The House that BJ built, and then discuss a bit about its cover.

Browse through the blurb of Anuja Chauhan’s book

‘I’ll make my sisters squirm like well-salted earthworms. I won’t sell. Even my jutti won’t sell. And if I die na, then even my gosht won’t sell!’

The late Binodini Thakur had been very clear that she would never agree to sell her hissa in her Bauji’s big old house on Hailey Road. And her daughter Bonu is determined to honour her mother’s wishes. But what to do about her four pushy aunts who are insisting she sell?

One is bald and stingy, one is jobless and manless, one needs the money to ‘save the nation’ and one is stepmother to Bonu’s childhood crush — brilliant young Bollywood director Samar Vir Singh, who promised BJ upon his deathbed that he would get the house sold, divvy the money equally and end all the bickering within the family…

The first word baby Bonu ever spoke was ‘Balls’ and indeed, she is ballsy, bullshit-intolerant, brave and beautiful.
But is she strong enough to weather emotional blackmail by the spadeful? Not to mention shady builders, wily
politicians, spies, lies and the knee-buckling hotness of Samar’s intense eyes?

Sharply observed and pulse-quickeningly romantic, this is Anuja Chauhan writing at her sparkling best!

A glimpse of The House that BJ built’s book cover

As I understand from the ‘acknowledgments’ cited by Anuja Chauhan, one of her daughters has posed for the cover.

The girl rightly airs an ‘I give a damn’ attitude. She oozes with the required confidence, grit, and determination that so defines the protagonist of the story.

The book cover conveys what is expected of the story — a determined girl (Bonita) guarding the gates of a mansion against all odds!

A peek into the storyline of The House That BJ Built

Anuja Chauhan’s ‘The House that BJ built’ is a sequel to her earlier book titled Those Pricey Thakur Girls.

She has woven the story so well in The House that BJ built that the reader will not be left clueless even if he or she is not familiar with the prequel. Also, the blurb helps the reader by giving a short recap of the ‘prequel’.

Anuja Chauhan begins her novel The House that BJ Built, by giving a glimpse into the equation that Samar and Zeeshan share.

From both of them being part of the film fraternity to their follies and the challenges they face to the subsequent landing of Samar at BJ’s house, the parallels between them suddenly seem uncanny.

It is at BJ’s house that Samar gets to meet Bonita again after a gap of three years, and there is a war of words between the two. An ailing BJ (grandfather) requests Samar to make sure he sells the house and divides the money equally among Bonita and her four aunts.

However, during this process of settling the property issues, Samar faces a hoard of obstacles in the form of the Trings, a political honcho Mushtaq, as well as an old issue which resurfaces through Ashok Thakur— the brother of BJ, who claims BJ to be an illegitimate child of the Pushkars.

This revelation by Ashok Thakur puts Samar in a jeopardy as he is in the process of making a movie based on the life of ‘BJ’.

Now, how Samar solves the issues on hand, how he gets his movie released, how the daughters of BJ react to the news of their father being called ‘illegitimate’ and where does all this leave ‘Bonita’ and her love-hate feelings for Samar, is what forms the storyline of The House that BJ Built.

For me, the highlights of The House that BJ Built, are the conversations between Samar and Bonita and the laughter-riot created by the four sisters.

The sarcastic comments, the wit, the humorous conversations and the war of words between Bonita and Samar, often reminded me of ‘Beatrice and Benedick’ from Shakespeare’s play ‘Much Ado About Nothing’.

Through the story of The House that BJ Built, Anuja Chauhan gives her readers an insight into the working of the film industry, the politics of power and exploitation, the ups and downs of the judiciary and real estate, the influence of ‘money’ and its effects on human relationships. Also, through her book, Anuja Chauhan calls out the prevalent ‘racism’ in the society which is slowly becoming turning into a menace and a social-evil.

There is irony when a fake person like Susan Adams talks about ‘being real’, and a real person like Bonita gets associated with manufacturing ‘fake products’.

Also, ironical is the characterization of the spiritual aunt whose talks and comments are a sheer humbug. All this and more has been touched upon by Anuja Chauhan in a lucid and an affable manner in her book — The House that BJ Built.

The language used by Anuja Chauhan in The House that BJ built is very simple and colloquial, with rampant use of urban slang and Hinglish. I would have loved the story more if only the conversations were less imprecate and lacked some of the expletives used!

But then, as a work of contemporary times, I guess the use of expletives be it in Hindi or English go hand in hand with the story of The House that Bj Built.

Parting Words on The House that BJ Built

Anuja Chauhan makes sure that the plot of the story unfolds slowly.

This slow pace helps to keep the reader intrigued, relish the romance of Bonita-Samir and makes him or her savour the different flavours of being part of a joint family.

A reader is bound to fall in love with the character of ‘Bonita’ who is determined yet susceptible, tough yet caring, matured yet childish! Are you wondering how? Grab a copyyyyyy……

Why should you read this book?

The House That BJ Built by Anuja Chauhan, is a perfect family drama with loads of humour, romance and family sentiments Not to forget are the villainy of some characters.

Go for it for some ‘not-so-intense’ reading and laughter.Also, end your quest for ‘the book of the season’, if you haven’t done it yet, by buying a copy of Anuja Chauhan’s The House that BJ Built.

You may like to read my other book reviews here

More information on The House that BJ Built

1 thought on “Book Review : The House That BJ Built | PolkaJunction”