The Golden Son by writer Shilpi Somaya Gowda is a heartwarming novel filled with nostalgia.

Here is my honest review of this book, which is going to be a bit longer than my usual reviews, as I thoroughly loved and savoured reading ‘The Golden Son’. 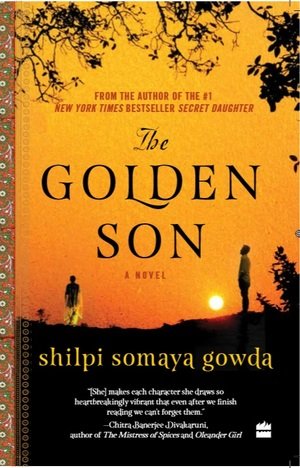 The Golden Son by Shilpi Somaya Gowda: A review

Let me confess before we go ahead with this book review, that ‘The Golden Son’ is the only book I’ve ever read of Shilpi Somaya Gowda. And, this review is from my Indian viewpoint.

Let us browse through the blurb of the Golden Son

‘From the beloved author of ‘Secret Daughter’ comes a moving new novel of a young man at the crossroads of life.

Anil is the cherished son of a large family in rural India. As the eldest boy, he is expected to inherit the role of leader of his clan and arbiter of its disputes, dispensing wisdom and good advice.

Leena is his closest companion, a fiercely brave girl who loves nothing more than the wild terrain they inhabit and her close-knit family. As childhood friends, they are inseparable—but as adulthood approaches, they grow apart.

Anil is the first person in his family to leave India, the first to attend college, the first to become a doctor. Half a world away in Dallas, Texas, he is caught up in his new life, experiencing all the freedoms and temptations of American culture: he tastes alcohol for the first time, falls in love, and learns firsthand about his adopted country’s alluring, dangerous contradictions. Though his work in a gritty urban hospital is gruelling, Anil is determined to carve out his own life in America.

At home, Leena dreams of marriage, a strong and true love like the one shared by her parents, and leaves her beloved home to join her new husband’s family in a distant village.

Then things start to go wrong: Anil makes a medical mistake with tragic results, his first love begins to fray and a devastating event makes him question his worth as a doctor and as a friend. On a visit home, Anil rekindles a friendship with the woman who seems to understand him better than anyone else. But their relationship is complicated by a fateful decision made years earlier.

As the two old friends discover each other again, they must also weigh the choice between responsibility and freedom, and between loyalty and love’.

The story of the Golden Son deals with the ordeals of the eldest son of a rich family by name Anil, and the only daughter of a farmer couple — Leena. The disparity in their social conditions and status does not stop Anil and Leena, to forge a bond of friendship during their childhood. However, as they enter adolescence they drift apart due to various reasons.

Anil who hails from a family of landlords migrates to the US for higher studies in medicine and is in for a cultural shock both at the workplace and personal life. Yet, he copes and adapts well as time goes, so much so, that he wants to settle in the US (like any other Indian immigrant).

Back home, he has left his childhood friend Leena, and his own huge family comprising of his parents, three brothers, and a sister. Once Anil moves to Texas, Leena gets married into a so-called ‘good family’.

How does Anil respond to Leena’s marriage? What is Leena’s reaction? These form the crux of the story.

Well, you will have to read the book to know ‘what’ happens in the lives of all these characters post-Anil’s move to the US and the development of Anil as a balanced individual.

Characterization in The Golden Son book

The characterization in this book needs a special mention, as the writer has made sure that every character, be it animate or inanimate, has its importance, purpose, and a ‘say’ in the story.

Every character supports and helps the other characters around them to grow as an individual and develop their cognitive skills — be it the Mango tree, the potter’s wheel, the clay wares, the various wards in the hospital or the innocent kids.

The characterization of Baldev helps in easing out the situations in many instances and re-emphasizing that ‘Life is a Celebration’.

Also, each of the female characters has a strong sense of assessment, take bold and altruistic decisions, irrespective of their economic and social background. Be it Leena, Sonal Mehta, or Trinity.

Readers are bound to associate with these characters in some way or the other, and I guess this is where the writer triumphs!

The theme of the novel

The Golden Son is a ‘Coming of  Age‘ story of the protagonists — Anil and Leena.

The writer brings out the contrast between rural and urban, developed and developing nations, modern and orthodox insights, very beautifully through the two places of Panchanagar in India and Dallas in Texas, USA.

The boons and banes, of both joint families and nuclear families, have been well put forth. Social evil like dowry has been stressed at large.

The description of the well-equipped Parkview hospital of Dallas in comparison to the lack of medical facilities in and around Panchanagar talks about the health care facilities and lack of competent health professionals in India.

The varied contrasts have been brought about in such a way that every emigrant from India will be forced to rethink his/her move to developed nations. A sense of guilt/frustration is bound to engulf the reader (for good though!).

However, Shilpi manages to find a balance between Western and Indian medicine, by highlighting the medicinal value of Neem and Ayurveda, through Piya and Sonal’s character!

Apart from this, the apprehensions of an immigrant in the US, the psychological complexities one goes through, a loss of identity, a sense of dissatisfaction, frustration, and isolation when faced with challenges, and of course a sense of ‘awe’ and long-lasting friendships one makes in a new land have been very well depicted metaphorically, throughout the many pages of the book.

For example the day Anil lands in Dallas, the writer echoes his appreciation through the following words: ‘He was struck by the feeling of abundance that seemed to define America. The open airport, sparse roads….everywhere there was more than necessary’.

The frequent references ( or should I say ‘reverence’) to the ‘hot Chai’ is sure to make any Indian American reader nostalgic.

Final thoughts on The Golden Son

I am glad that the writer, Shilpi Somaya Gowda, has not compromised on devoting any pages to giving details of the medical procedures and arbitrations. These add authenticity to the story of The Golden Son and help it move forward. (Remember the works of Robin Cook?)

Shilpi brings out a balance between the genders when she describes the hardships of Anil and Leena, while they settle in their own new homes. As the former tries to adjust to a new land, the latter cope with a new family.

The writer has very cleverly managed to keep the reader intrigued by giving necessary twists in the story. Until the end, one is clueless about the girl Anil would eventually marry, whether Anil and Leena will come together and if Anil would ever return back to India!

Overall, the novel’s synthesis of a realistic narrative, elaborative descriptions, psychological complexities, and astute references to social customs and traditions, is sure to strike a chord with the Indian diaspora across the globe.

‘The Golden Son’ is a ‘Coming of Age’ novel, in true (Indian) sense! Do savour this literary feast by grabbing a copy of it.

A copy of The Golden Son was provided to me by the publishers in exchange for my honest review. You may also want to read the Goodreads reviews 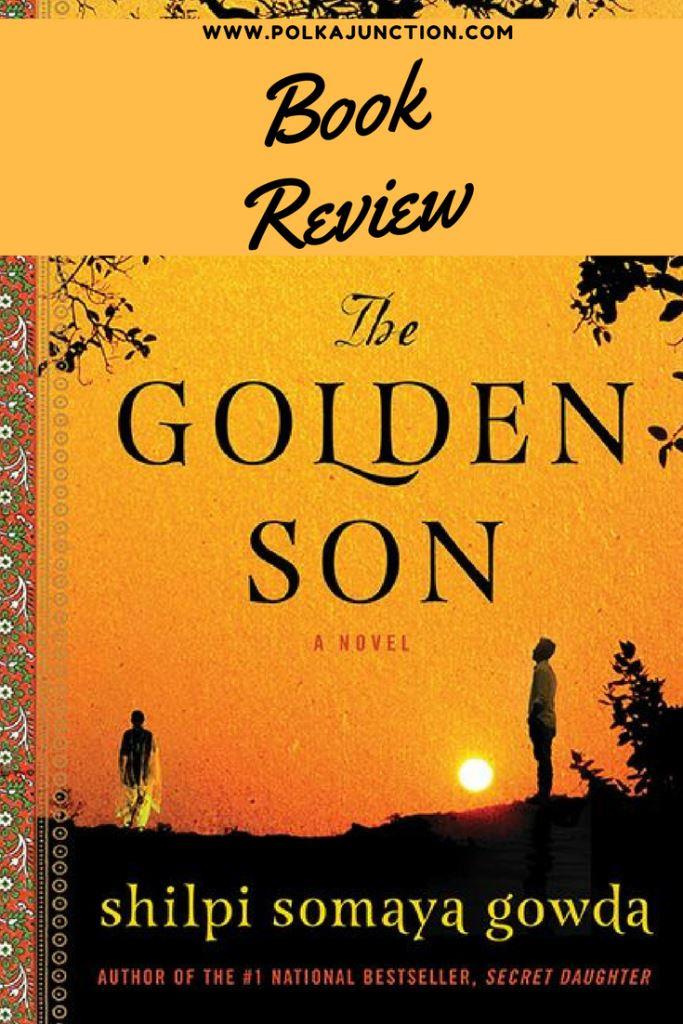 7 thoughts on “Book Review : The Golden Son – A Novel”