This May marked three years of our move to Delhi from the mountains of Himachal. From a place of pure oxygen to a city with the highest pollution levels, it indeed has been a drastic change. Thankfully, there is quite a lot of greenery here unlike the other cities to take in the wrath of human folly. And, I guess this what makes Delhi and NCR regions a little livable and the ghosts of Gurugram a bit lovable!

Let me confess that I share a love-hate relationship with Delhi and the NCR region. Not being prejudiced or judgemental, but just that I am not at ease in the ‘City of Djinns’.

When I started reading ‘The Ghosts of Gurugram’ I could not but agree more with the writer. Our history and epics have been a testimonial to the anxiety hovering over this region. Maybe because there has been rampant bloodshed on this soil in the name of bravery, honour killings, female foeticides, and dowry deaths. Not that I believe in ghosts, but that I sense an air of uneasiness canopying Gurugram.

‘The Ghosts of Gurugram’ written by Debeshi Gooptu is an interesting take on the social evils plaguing the society in the so-called cyber cities. Although, not so extrinsic especially in the well-developed upscale areas. I found the book title quite captivating and intriguing, that made instantly download a kindle copy of it. And, here is my honest review of the book.

The depressing yet lovable ghosts of Gurugram

The book cover of ‘The Ghosts of Gurugram’ has been designed with an aesthetic sense and vibrant illustrations, thus ensuring a sense of positivity to the story inside, even though the title has the word ‘ghosts’ in it. 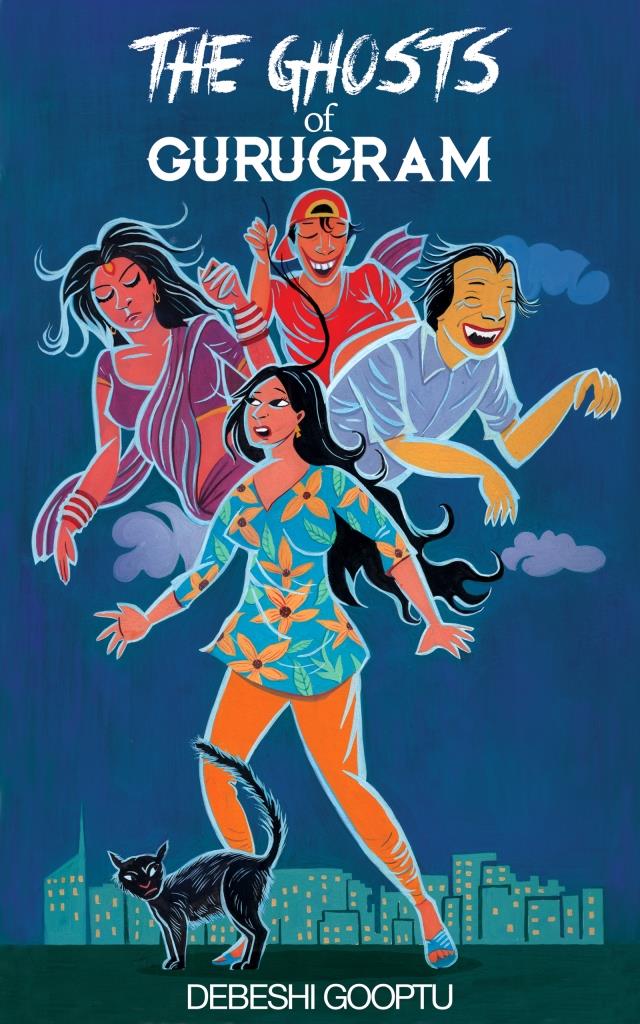 When twenty-six-year-old Tara Chatterjee moves to Gurgaon to make a fresh start after a painful breakup, she finds herself in the middle of a peculiar situation. Her new home is inhabited by a ghost, a woman only she can see! Who is this woman and why does she keep appearing in front of Tara with her motley crew of friends? Will Tara be able to make sense of the chaos in her own life and unravel the secret of her haunted apartment?

Insightful and moving with flashes of wit, the story takes a look at the darker side of Gurgaon’s development and the growing menace of suicide and dowry-related deaths in the Millennium City.

The characterization in the ‘The Ghosts of Gurugram’ is convincing enough to give readers a deeper understanding of the personalities, stories, and the irony behind the appearance of every character in the story. Be it Tara — the protagonist,  Simran, or the house-owner. The description of Gurgaon oops… Gurugram is apt and compelling.

Yesterday, on a drive through this Millenium City, I was reminded of the conversation that takes place between Tara and Sharmaji in the book, in which Tara tells, “It doesn’t make me happy…..Despite all the development and prosperity, Gurgaon isn’t a happy place to live in. People lead stressful lives here. There’s a lot of sadness lurking within”. This made me curious and worry about the fate of the thousands living in those lavish homes!

Tarun’s character is full of positive vibes and looks bubbly until the end of this book. The story is wide-open for a quick sequel. So,  will there be a twist in the characterization in the sequel, is to be watched!

Honestly, the bottom-line of the story in which the protagonist saying (realizing) something like ‘I See Them’ isn’t a novel concept. We have encountered this in both movies and books. Movies such as ‘The Sixth Sense’, ‘Ghost Whisperer’ and ‘Ghost Town’, should ring a bell.

However, I give full credit to the writer who has very ably adapted the original plot to suit Indian sensibilities and has focussed on the social–evils plaguing the society. She has cleverly touched upon the recent happenings in Gurugram too, that have made their way to become newspaper headlines. And the focal point of all ills turns out to be Gurugram.

The language used in the book ‘The Ghosts of Gurugram’ is simple, witty, lucid, and pleasantly error-free. All credits to the editor.

Scenes from ‘The Ghosts of Gurugram’ that gave chills to me

My final take on The Ghosts of Gurugram

‘The Ghosts of Gurugram’ is a feel-good comic thriller that’s bound to make readers introspect about our society as well as keep them hooked until the end.

So, pick this book for a pleasant weekend read. Also, while here, you may want to read the other books reviews in the Book Review section of the blog. 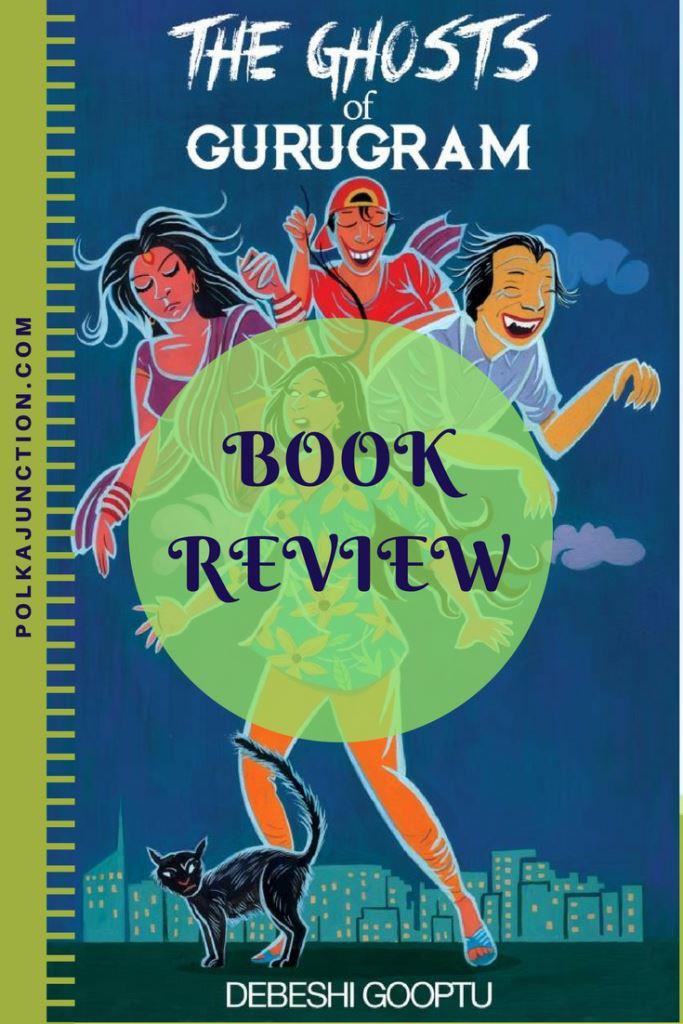 5 thoughts on “Book Review : The Ghosts of Gurugram”