Raakshas: India’s No.1 Serial Killer is a book by Piyush Jha that falls in the genre of a Crime Thriller. And here is the review of the same… 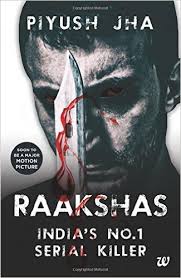 Firstly, let me start this book review of Raakshas with its book cover that requires a special mention.

A glimpse of Raakshas’ Book Cover

The book cover of Raakshas has been intelligently designed befitting both the story as well as the storyline to the tee.

The stare of the person on the book cover is deceptive. Wherein, he appears calm and introspective but quite intimidating with the knife.

On a closer look, one gets to see the bloodshot eyes of a serial killer, hungry for revenge and bloodshed. This, in turn, speaks volumes of his actual psyche.

Browse through the blurb of Raakshas

The story, as the blurb conveys, is that of ‘India’s No.1 Serial Killer’ which in turn is narrated by Maithili — a police officer, who is fighting her own questionable past, apart from being the investigative officer of the serial killer’s case.

Expounding the Anima: Storyline of Raakshas

‘Raakshas’, opens with the birth of a baby boy to a scientist and his educated wife. The wife dies at childbirth and the baby is blamed for the untimely demise of his mother by the family members, barring his aunt, who has a soft corner for the boy.

The aunt takes the child under her care. However, circumstances force the same boy to undergo metamorphosis much later into a serial killer. What forces the child of such educated parents to transform into a monster forms the crux of the story.

Running parallel to the boy’s story is the story of the character Maithili, whose past as a ‘killer’ haunts her even in her present existence and affects the working of an efficient police officer.

To know more about the transformation of an innocent child into a Raakshas and delve into Maithili’s past, you ought to read the book!

A peek into the narrative style in Raakshas

Piyush Jha as a writer has been successful in keeping the reader intrigued with Raakshas.

A compelling narrative of spine-chilling killings, prodding over the psyche of a person with a disturbed childhood, with two parallel stories makes Raakshas an engrossing read.

Yes, some of the descriptions of the gory acts are grisly and awful, but they are of prime importance to take the story forward.

Also, as a reader, one is forced to be taken on an emotional roller coaster, riding on the feelings of sympathy as well as hatred for the serial killer or Raakshas.

The readers are sure to sympathize with him for his past and hate him for his present. If not for the descriptions, the acts of the serial killer would have been justified and commiserated.

Style and language used in Raakshas

The writer in Piyush Jha has reflected on issues of law and order situation in our country, red tape nuisance, the inefficiency of the police force, lack of support and encouragement for efficient uniformed men and women due to political pressure; media trials which happen for the sake of TRPs, the boom of ‘ fake babas and sadhus’ and the ever-increasing number of people duped by these fake babas. All this is sure to make the readers sit back and prod.

At the end of the book, there are some real-life accounts of various serial killers of India, which is again petrifying.

All these aspects and more have been conveyed in a simple and intelligible Indian English by Piyush Jha.

The only grey area of the story would be the random rattling away of the names, of streets and places in Mumbai and Pune during the course of the story.

The writer could have devoted some more paragraphs in giving vivid descriptions of these streets to make it more authentic and convincing.

Underlying all this, the fact that no one is born a serial killer but circumstances force a person to become one, keeps reckoning in the reader’s mind till the end.

Also, a very strong message of ‘how parental guidance and upbringing can influence a child to transform either into a marvel or a monster, forms the undercurrent of this book called Raakshas.

These aspects give the story a humane touch though being a crime thriller and this is where the writer in Piyush Jha excels.

The story of ‘Raakshas’ has got all the ingredients to be transformed onto the silver screen. I am eagerly awaiting its release. As for the book Raakshas, it makes a very good read and keeps the reader on tenterhooks until the end. Go for it! 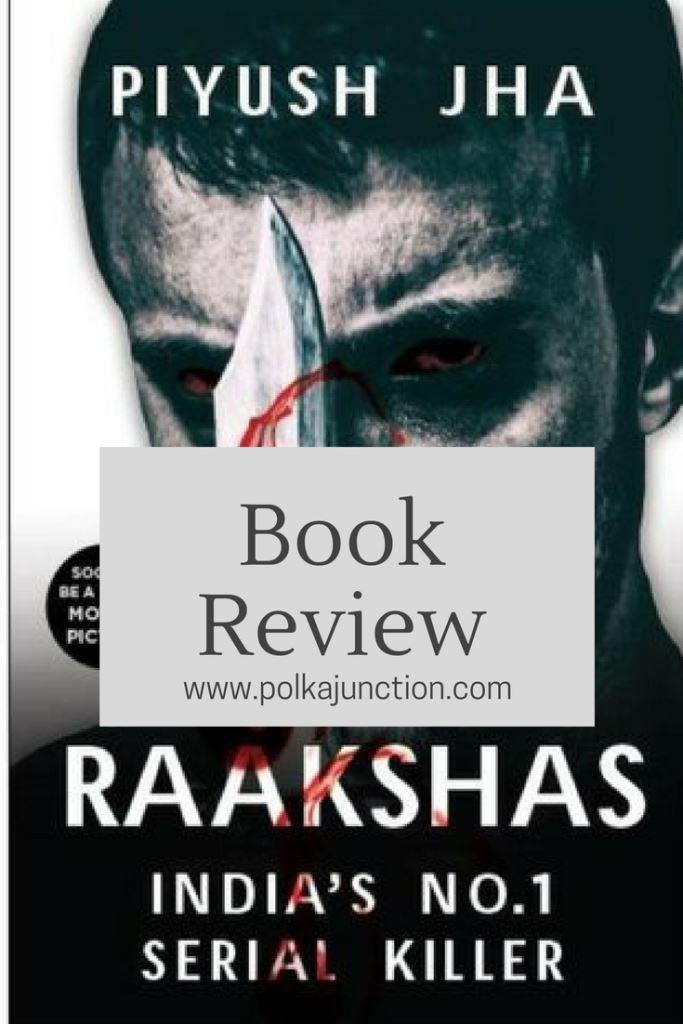