The book Forbidden Desires authored by Madhuri Banerjee is one of the rare romantic novels that I picked after over a decade. And, here is my review of this novel. 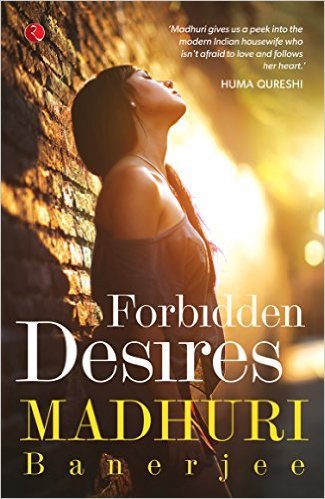 Interpretation of the Book Cover

The title and book cover of the book, Forbidden Desires, screamed that it’s forbidden territory, as I glimpsed through the airport’s bookshelf where it was stacked.

However, exploring the forbidden is a human instinct. Hence, this book authored by Madhuri Banerji was diligently picked by me.

Get to know the theme of Madhuri Banerjee’s book

The ‘Forbidden Desires’ is a story of four women in their 30s — Naina, Kavita, Ayesha, and Kaajal.

We get to read that each of them is going through their everyday struggle of being born a ‘woman’ in this modern Indian society.

The coterie in which they and we live, is ruthless and demanding, especially with women – be it as an employee, wife, mother, or entrepreneur.

It’s a constant struggle to juggle through the various roles a woman plays in her life and these issues are very well depicted in Forbidden Desires by Madhuri Banerjee.

It is also this daunting expectation that makes the four female protagonists of the story go through depression, isolation, a lack of self-esteem, identity crisis and finally explore their Forbidden Desires!

A look at Forbidden Desire’s storyline

The storyline of Forbidden Desires talks about the four women, in turns, and brings it all together, intertwined, and directly or indirectly influencing each other’s life.

Of course, there are ample doses of sex, lust, and betrayal in each of the stories wherein it closely resembles M&Bs.

Madhuri Banerjee has given the reader a guided tour of Delhi in this book with her vivid descriptions of the various shopping places, food joints, social gatherings, and locales.

She has also portrayed the obsession of Delhiites with ‘brands’ in her descriptions of the female characters, which are quite amusing!

Causes addressed by Madhuri Banerjee in her book

While reading the portrayal of the characters in Forbidden Desires, one may feel that the book is all about candy floss and vanity fair.

However, on further dwelling over the storyline, a reader would realize that Madhuri Banerjee has also addressed the haunting issues of…

According to me, Forbidden Desires also indirectly dwells on the effects of modernization, urbanization, and the empowerment of women, and its consequences that have led to a sense of dissatisfaction, alienation, and isolation especially among Indian women.

All the causes addressed in the book are dealt with under the umbrella of extramarital affairs and infidelity in Forbidden Desires by Madhuri Banerjee!

At some point, especially during the climax of the story,  the decisions taken by the characters become predictable, homologous, and imprudent thus making the reader like me unsympathetic towards the female characters (this is just my viewpoint-no offence, please!)

Karma says, ‘What goes around, comes around’ and this is so very true of the story.

The trigger in the story of Forbidden Desires remains the character of Jayashree. Now, you have to grab a copy of Madhuri Banerjee’s book to know — who is Jayashree and what role does she play in the story!

Parting words on the Forbidden Desires

If one reads closely, there are some loose ends left by the writer. For instance, in the story, middle-class families go abroad for vacations though they are trying hard to make ends meet; too many desperate housewives while the characterisation of Tarini and Pinky is incomplete…

Maybe, this calls for a sequel to the Forbidden Desires novel.

In conclusion, I would like to say that some people may like this book, some may hate Forbidden Desires but one cannot ignore the various issues put across in the pages of the book by Madhuri Banerjee.

Overall, the book Forbidden Desires by Madhuri Banerjee is a good read during this Valentine month, though I don’t see sanity in having affairs and being disloyal.

More information about the book

Pin it for a later read 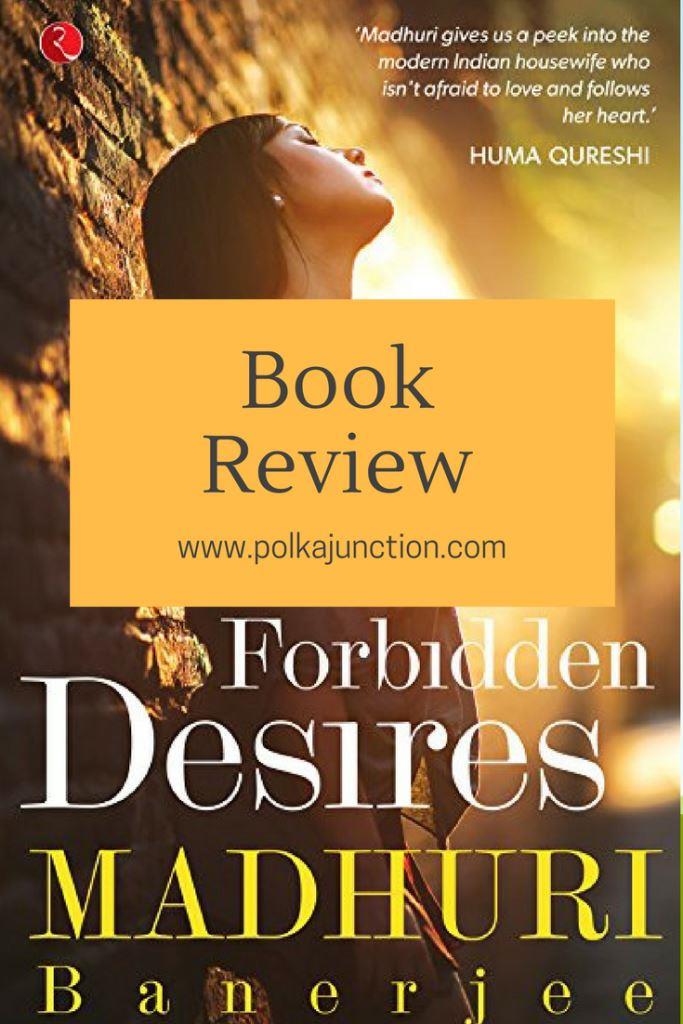