“Travelling – It leaves you speechless , then turns you into a story teller”

‘Rambles into Sacred Realms’ is a travelogue by Krish V Krishnan, that was sent by WritersMelon in exchange for my honest review.This is my second travelogue in the past 8 months after ‘Wonders of the Holy Land’ by Carlo Giorgi – a book bought by my better half on one of his official trips to Israel.

The book cover of ‘Rambles into Sacred Realms’ in itself is captivating with a play of “light and shadow’ captured so very perfectly on canvas by the writer, that it imparts sanctity to the already sacred city ! Well, you did read it right! Call Krish.V.Krishnan an author or an artist or both, one is bound to be enthralled thoroughly by both his ‘words and sketches’.

“Torches in hands, muttering arcane incantations, the shamans who had been feasting on hallucinogenic mushrooms would have splashed into these very waters with their hapless victims, effortlessly navigating their way through the rushing current and razor-sharp stones. Their tall headdresses, laden with feathers of the sacred quetzal bird, must have slowed them down. The fervent chants of this ominous entourage drowned in the cacophony of the gushing waters” ( Excerpt From: Krish V. Krishnan. “Rambles into Sacred Realms.” Inkhorn Publishers. iBooks. This material may be protected by copyright)

The USP of the book are the intricate and thought provoking sketches especially the Scratchboard masterpieces , apart from the powerful prose that kindles the imagination of the reader. It made me imagine the landscape, the descriptions , the history through its colours and finesse, thanks to the teasers in the sort of paintings! Be it the caves at Belize or the monuments and temples at Sukhothai – as one reads the poetic lines and descriptions, one is bound to co-relate the places described to similar places of historic importance in our own country that in turn makes one realize the importance of preserving our culture and monuments! Like, when I was reading Belize, I was reminded of the Borra Caves nearby to Visakhapatnam in India. Also of the Drona caves nearer to Dehradun,where we had to wade through waters,to reach the cave. May be if the book had photographs, I would not have been able to imagine and co relate these two because the snaps would have hindered my thought process and imagination would have had a natural death!

Apart from the sketches and wonderful descriptions, the book also boasts of anecdotes, humorous incidents and some fine lines such as the below ones:

“I waited for what seemed like an hour, braving the relentless onslaught of mosquitoes. A Japanese tourist caused a commotion when a large beetle disappeared into her dress and could be dislodged only by a vigorous dance that was a bit incongruous against this calm setting.”

“In this expanse of a spectacular jungle, I was but a small brush stroke in nature’s endless canvas.” (Excerpt From: Krish V. Krishnan. “Rambles into Sacred Realms.” Inkhorn Publishers. iBooks. This material may be protected by copyright)

Being a South Indian myself, I could so much relate with the situation faced by the writer pertaining to his South Indian name in one of the chapters! Also, the influence of Indian religious figures can be assessed by the mention of a SaiBaba devotee stumbled upon by the writer in a remote place in Mexico!

I only have positives to write about this book but for one rue- of not reading a hard bound copy of it while reviewing!

Overall, this book is a Collector’s and a Traveller’s Must Have that will lure the readers into visiting the realms mentioned across its pages. Something spooky about having read this book is , that in the past couple of days – there are some more new sites which have been discovered and excavated in two of the sites mentioned in the book : Ancient cities have further been discovered in Angkor Wat and mysterious structure has been found at Petra! Many more to be unravelled of the Sacred Realms, I guess !!

“Rambles into Sacred Realms” is a pictorial story narrated through the canvas called ‘Travel’ ! Do grab a copy and it’s worth the bucks. I am already keeping a watch on the writer’s next , to grab a ‘Collector’s copy’ without fail!

Title of the Book: RAMBLES INTO SACRED REALMS

‘I received a free copy from Writersmelon in exchange for an honest and unbiased review.’ 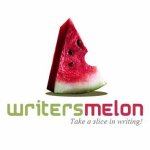 Who Shall I Be Today?

Book Review : I Made a Booboo – PolkaJunction

I am a travel and lifestyle blogger, published travel writer, educator and an air force wife who loves travelling and sinking into the wonderland of books.

My penchant for architecture, ancient doors, art, heritage sites, and symmetry often gets translated into words and captures, here, on my blog.

Most Popular on the Blog