Maargazhi maasam or Maargashira, also written as Margazhi and pronounced as Maargali, is the holy month for Hindus living in the southern Indian states of Andhra Pradesh and Tamil Nadu.

These regions witness innumerable classical music and dance concerts as well as celebrations, and special rituals across most of its ancient temples.

Come on a virtual trip with me to discover the importance and relevance of ‘Maargazhi’ / Margazhi,  through this post.

Note
Maargazhi is also translated and written as Margazhi in English.

It’s December, and the time of day is one of cuddle and comfort, to be immersed in a deep slumber, to snooze the alarms, and beg for additional time to catch up on some more sleep.

Just when one thinks that they have cajoled time for respite, one starts hearing a very bleak ringing of bell and chants. In this win of a few more minutes of sleep, the chants and ringings of bell grow louder and a realization dawns that it is the month of Maargazhi.

And, one cannot escape soothing songs and divine chants on the streets that start as early as four in the morning, especially if you have a temple in your vicinity. Welcome to southern-India! 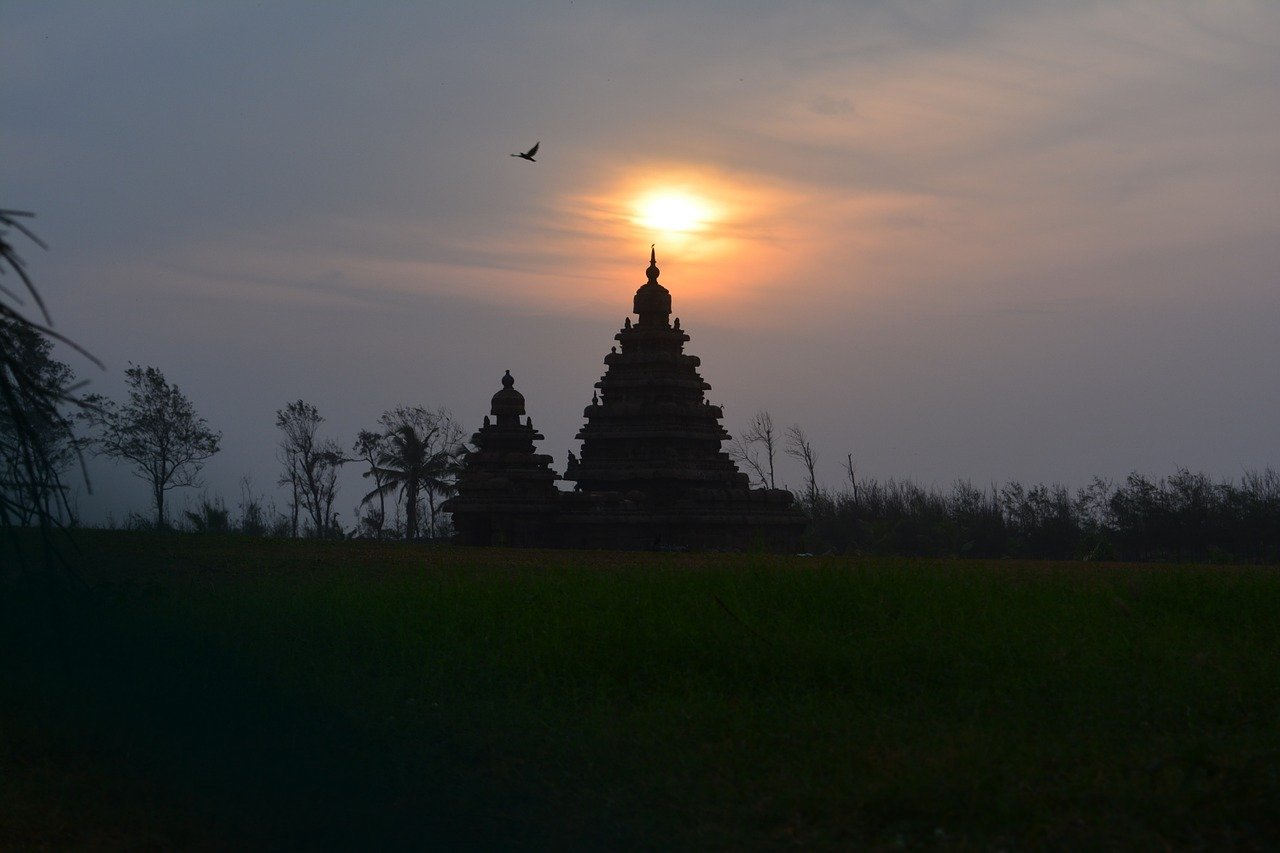 Margazhi season – the time of spirituality

During this month of Margazhi or Maargazhi, as a child, with no excuses left, I used to reluctantly get out of the comforts of a cozy bed and adorn the portico of our home with beautiful Kolams.

Soon, there would be a group of people singing bhajans (hymns) and devotional songs on the streets. Participating in this mini-concert would be the purpose of me getting up early, although, most of the time I never ventured due to pre-dawn nip in the air.

You may also want to read about Navarathri Golu, another prominent festival of Tamil Nadu.

After the early morning Maargazhi bhajanai, it was time to getting ready for school. I used to look forward to reaching school early, so as to not miss the ‘stories and songs of Thiruppavai’, recited by the teachers who taught us prayer songs.

After all, the schools established under the aegis of Swami Chinmayananda have always been known to impart the goodness of Hinduism and Indian culture to its students and patrons.

The divinity in the prayer hall of the school used to enthral me to no end. Oh! and of course, the delicious prasadam that was dished out during this season has to be another reason to watch out for this festival apart from Navrathri Bommai Golu.

These are the memories associated with the month of ‘Maargazhi’, the start of the winters, and I am sure it must be the same with some of the readers hailing from Tamil Nadu, Andhra Pradesh, and Mumbai’s Matunga and Chembur.

And, also you will be surprised to learn that a section of Thailand celebrates Maargazhi!

Not convinced? Read along to know more……

What is Margazhi or Maargazhi?

The Tamil month of ‘Maargazhi’ or Margazhi starts around the 15th / 16th  of December and often ends on the 15th/ 16th of January.

It is a period of heightened spiritual and cultural pursuits across the two states of Andhra Pradesh and Tamil Nadu. More so, in the state of Tamil Nadu. A spiritual fervour virtually grips the people of this state, complemented by perfect weather.

The Start and end dates of Maargazhi/ Margazhi season 2020?

The Maargazhi festivities have been around for ages since ancient times in Southern India. However, in recent times, the celebrations have taken a modern avatar.

It is believed that Lord Vishnu in the Krishna Avatar and in his rendition of the Bhagavad Gita has proclaimed that the month of Maargazhi or Maargashira is nothing but his incarnation! Co-incidentally, it is an auspicious month for the worshippers of Shiva, too.

Vaishnavaites and Shaivaites are people of two different religious sects and are devotees of Vishnu and Shiva, respectively. Maargazhi being an important month for both – Shaivaites and Vaishnavaites, there are important festivals that fall during this spiritual month. I shall be covering them in my subsequent posts, soon.

Thiruppavai and its connection with Margazhi season

According to legend, Srivilliputhur Andal is the one who started these early morning spiritual singing during Maargazhi. Originally called Kothai Nachaiyar, Andal composed 30 songs known as the Thiruppavai, praising the God (Krishna/Vishnu) consisting of 8 lines each.

The first day of these mini-musical concerts is kickstarted with the ‘Maargazhi Thingal’ song and the month ends with ‘Vangakakadal Kadainda’ that is sung on Bhogi festival (Lohri).

Tiruvembavai and its connection with Margazhi season

Did you know that verses from the Thiruvembavai are recited during the coronation ceremony of the Thai King, since the days of King Rama I of the Siam kingdom? Interesting, isn’t it?

Interestingly, the Maargazhi festival in Chennai was started to challenge the imperialistic celebrations of New Year and Christmas of the British Raj. Thus, it showcased Indian classical art forms and music and shunned the western celebrations in a mark of revolt.

Know the connection between Maargazhi season and Madras Music Festival

The city of Chennai, witnesses a season of frantic dance, drama, musical(Carnatic) shows and concerts, during the month of Maargazhi that render a festive look to Tamil Nadu’s cultural capital. Thus, the name ‘Maargazhi festival’.

This Margazhi music festival was initiated by the Madras Music Academy in the year 1928, and, has been an uninterrupted long-standing tradition.

The modern version of the Maargazhi festival was actually started to showcase the cultural richness of India and to revolt against the imposition of Christian festivals of the colonists.

Chennai entered the UNESCO’s Creative Cities Network as a Creative City of Music in the year 2017. It owes this tag to the innumerable music and dance concerts and recitals, that are held during the Margazhi or Maargazhi season.

Learn about Maargazhi celebrations in Thailand

Yes, it is not just parts of south India that brighten up during Maargazhi, but also Bangkok in Thailand.

That is when I read about the coronation ceremony of Thailand’s King and was pleasantly surprised to see the mention of ‘Thriuvembavai’.

On further research and talk with some local Tamilians settled in Thailand, I got to know that a temple has been built for the priests and brahmins who had migrated to Thailand many centuries before. It is known as the ‘Devasthana’.

The priests had impressed the then kings with their Vedic knowledge and found patronage under the Thai kings. Also, the Indian influence is quite starkly marked at religious practices with the presence of various Hindu Gods and Goddesses, in the form of idols.

While Gods Ganesha and Shiva are particularly famous, the Shiva lingam finds a prominent place in Thai temples. In the Thai culture, it is believed that praying before the lingam brings success, a bounty crop, and happiness.

The ‘devasthana bosth brahmana‘ or ‘devasthana’ temple has three lingams and their origin is traced back to Rameswaram, the birthplace of Brahmin priests who had migrated to the then Siam. It also houses the Trinity!

This is the place where the Thiruppavai-Thiruvembavai festival takes place for 15 days during Maargazhi in the month of December. All the brahmins in Thailand come over and stay in the temple premises for these 15 days of Maargazhi, performing poojas every day, reciting verses, dishing out the prasadam (offering to Gods) in complete reverence.

In Thailand, the Maargazhi festival is a combination of rituals and elements from both Shaivism and Vaishnavism.

The Thai brahmins also conduct a ‘Dolotsavam’, in which the Gods are depicted as swinging in an ‘Oonjal’ (Swing) that’s so similar to a Vaishnavite tradition). Interestingly, the God depicted here is Siva and not Vishnu on the ‘Oonjal’.

Apart from Chennai, the Maargazhi season sees a heightened spiritual pursuit in temples across the whole of Tamil Nadu as it is considered an auspicious month to please the Almighty, and serve the Gods and Goddesses with devotion.

Almost all temples hold special pooja (rituals); villages brim with fairs, while in temple towns like Suchindrum of Kanniyakumari district,  a temple car/chariot festival is conducted.

The four streets that surround ancient temples through which the temple chariots move are known as ‘Mada veedhi’ or ‘Mada streets’.

Previously, the temple priests and brahmins used to live close to the temple especially on these Mada streets, in colonies of row-houses called agraharam.

Reach any of the mada streets in temple towns like Suchindrum, Srirangam,  or any agraharam at pre-dawn during Maargazhi. And, you will see women with wet hair waiting outside their homes while men walk down the street, singing bhajans, devotional songs with mridangam, dholaks and harmonium hung around the shoulder and necks.

The temple towns of Tirupathi(Andhra Pradesh), Chidambaram (near Pondicherry) also hold special poojas during this season on the days of Vaikunta Ekadasi and Arudra Darisanam.

How is the Maargazhi festival celebrated in Chidambaram?

The grand ten-day festival during Maargazhi at Chidambaram where Lord Shiva is worshipped as Nataraja involves a grand scheme of traditional observances commencing with the hoisting of the temple flag on the first day.

This is followed by colourful processions of the five deities (Pancha Murthys) on the first eight days on various mounts. The fifth day features Mount Kailasam, while the sixth day features the elephant mount.

On the ninth day, the Nataraja leaves his sanctum and is taken in a procession through the car streets, in the grand temple car. This is a special occasion and crowds throng to see it. Local fishermen communities traditionally offer gifts to Nataraja during this procession.

The month of Margazhi is not just restricted to the followers of Hinduism. In Kanniyakumari District, the St.Xavier’s Annual Feast at Kottar ends with a temple car festival during this month. Interestingly, Kottar is nearby to the temple town of Suchindrum.

Isn’t it intriguing, how a season like Maargazhi brings to fore the traditional practices, classical music, and art forms that lie dormant otherwise, losing its sheen in this digital age!

So, why don’t you venture to relish this cultural extravaganza by packing your travel bags, as the best time to visit Tamil Nadu is during the Maargazhi!

Do share your thoughts on this blog-post and also about the special seasons and rituals that are followed in your region, in the comments below. I would be eager to know about them. 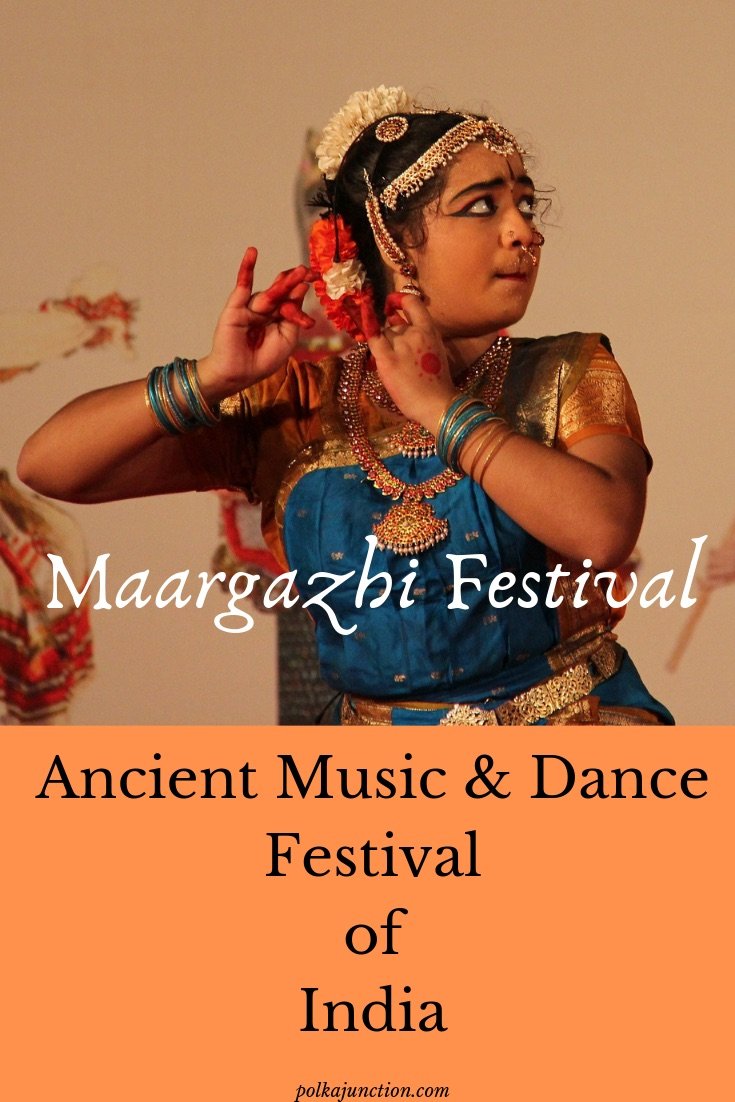 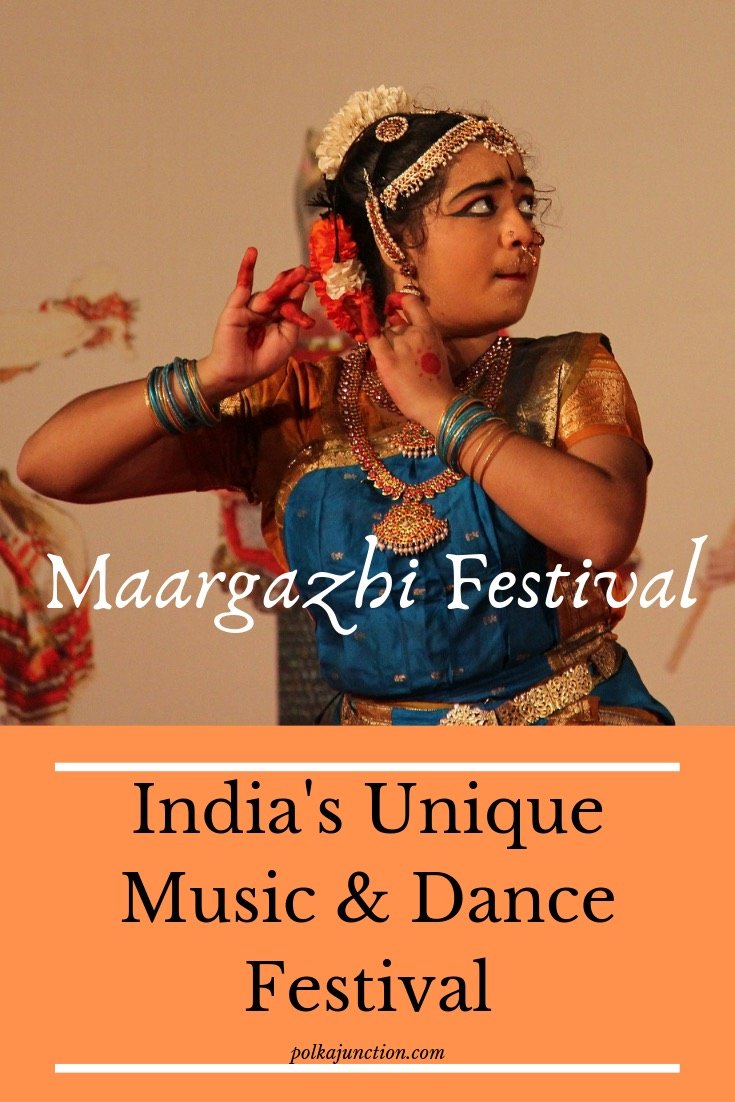 Images with no watermark: Pixabay

Images with captions and watermark: PolkaJunction